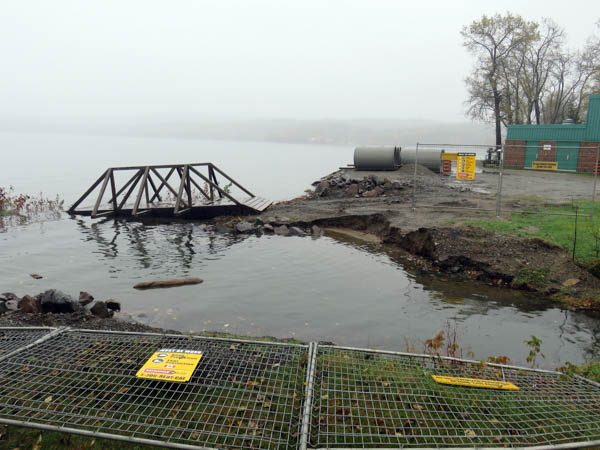 In August, work was begun to do some upgrading along the shoreline of Wawa Lake and to the drains that run into the lake. Since the end of that month, nothing further has occurred and culverts, equipment, temporary fencing was set up. 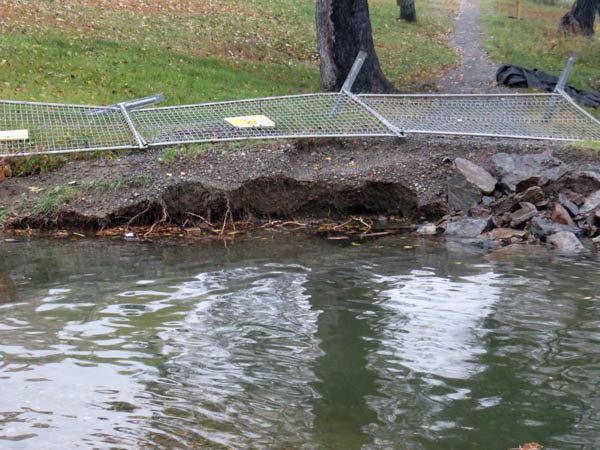 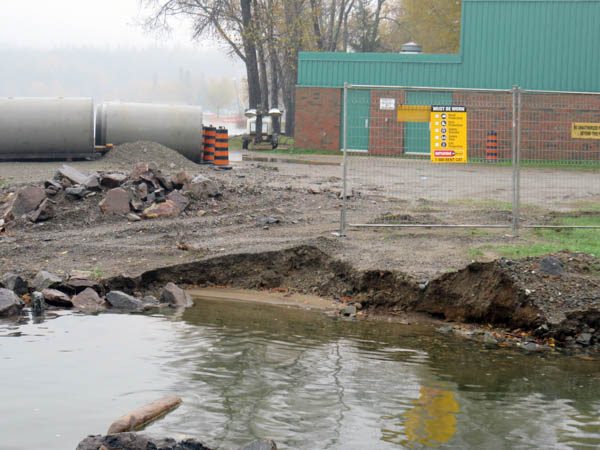 Well, here it is approximately two months later and after the wind and waves of the past few days, this is the outlet by the old pumphouse across the road. There was NO erosion on the banks of the drain as willows and dogwood held it and has for years. But since the removal of the bushes, it is now washing out on both sides. 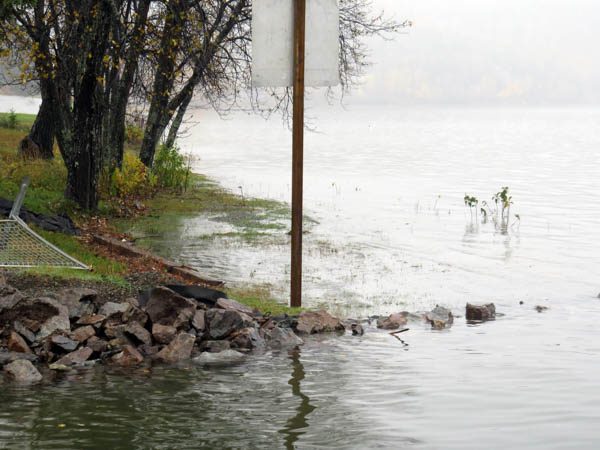 In addition, in the past two weeks, the water level of the lake has risen several inches. Hmmmmm .. nice go contractors and municipality.
The temporary fences went down a few weeks ago and have just been left. The information signs regarding the project blew away and now sit at the bottom of the lake. The bridge was lifted and sat where it now awaits replacing or removal. At least the porta-toilets were removed recently.
Be interesting to see how this all goes if it is left during winter months.
Mike Semchison