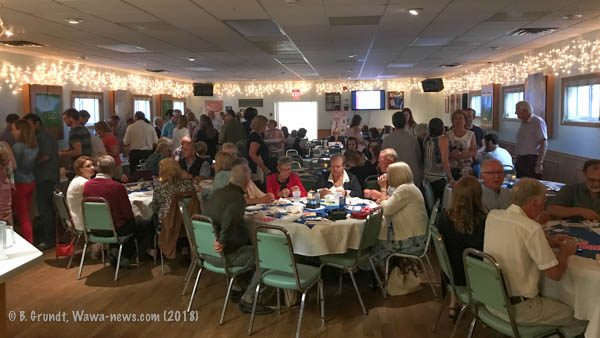 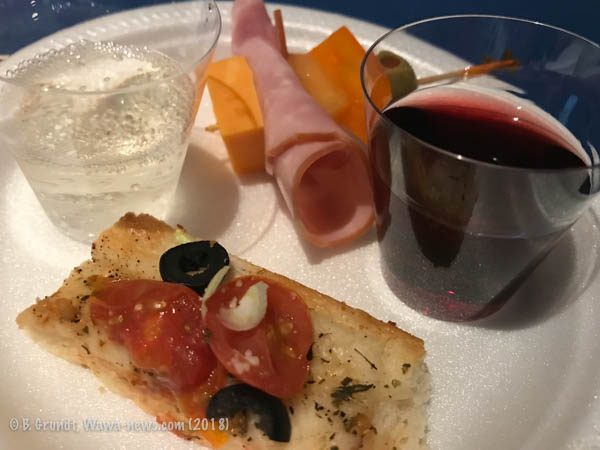 From the left, Fiol ‘Prosecco’ with a Antipasto Spear, then the Lindemans ‘Bin 99 Pinot Noir’ and a Focaccia Pizza Finger.

Once again the Lady Dunn Health Centre Wine Tasting was a sold out event! Eagerly anticipated every year, the tickets sold quickly, and they could have sold even more…

This year there were five wines featured: 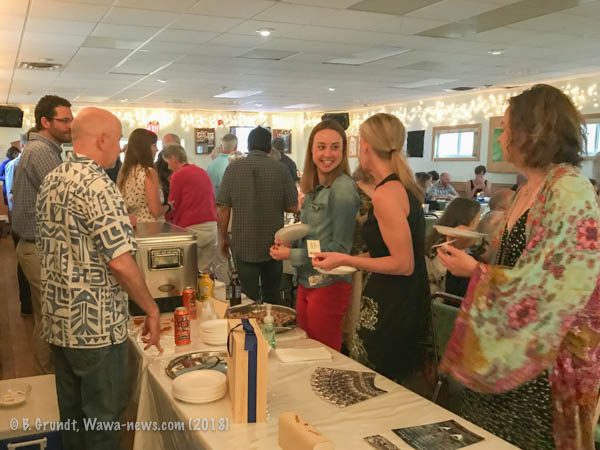 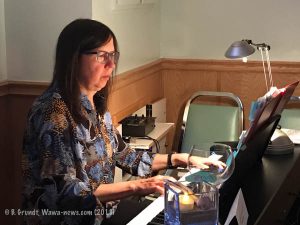 This room was abuzz with chatter about how the wines tasted paired with their chosen appetizer, trying to analyze and fill their scoring sheets. Conversation wasn’t limited to the tables though. There was lots of conversation as people waited patiently in line for the next wine or beer to sample. If you listened closely there were comments about the appetizers, and how they might be delicious at a home party! In the background, the music played by pianist Mary Ciuciura was a perfect companion for the evening.

Behind the scenes though, were some very tired people. Planning for this event is intensive – but the results were perfect. Recipes for appetizers are picked, field tested (yum), wines and beers selected; grocery lists created and shopping done with a huge thank you to John’s ValuMart for their assistance. The isn’t over yet though, the food has to be prepped and assembled ahead if possible (Antipasto Spears). Cold dishes are a little bit easier, but those delectable little cucumber carrot slaw shrimpy crackers have to be made on demand so that they don’t get soggy. Prep and timing is key to serve 125 people in a couple of hours! The organizers pulled it off, and everyone enjoyed and had fun.

This annual evening has been a summer feature since 2010, and most importantly has helped raise funds for the LDHCF’s Capital Equpment Campaigns. Since 2009, $442,700 has been raised to purchase medical equipment for the Lady Dunn Health Centre. The 2017/18 campaign raised funds for:

This year, Wawa-news is pleased to be able to feature the recipes that were part of the evening’s festivities! Now you can feature them at your own home-hosted event.

My personal favourites for appetizers were:

Suprisingly my favourite wine was the Fiol ‘Prosecco’. 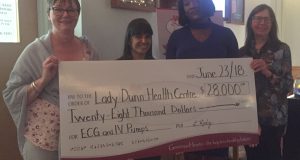 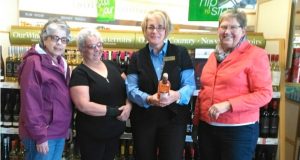 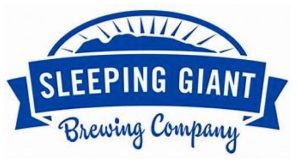 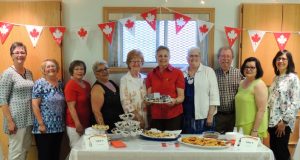 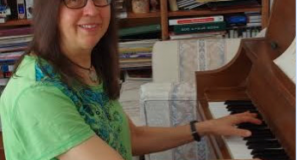 Tuning Up for Summer Wine Tasting