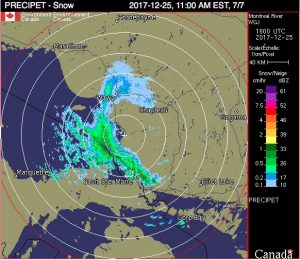 Developing snow squalls are about to move into the Sault Ste. Marie and Batchawana Bay area. They will likely persist into tonight. There is a potential for localized heavy snow accumulations of 15 to 30 cm by Tuesday morning.

In addition, local blowing snow may contribute to very poor visibility at times.

Visibility will be suddenly reduced to near zero at times in heavy snow and blowing snow. Travel is expected to be hazardous due to reduced visibility in some locations.