Update on the Nipigon River Bridge – Engineering Issues cause failure 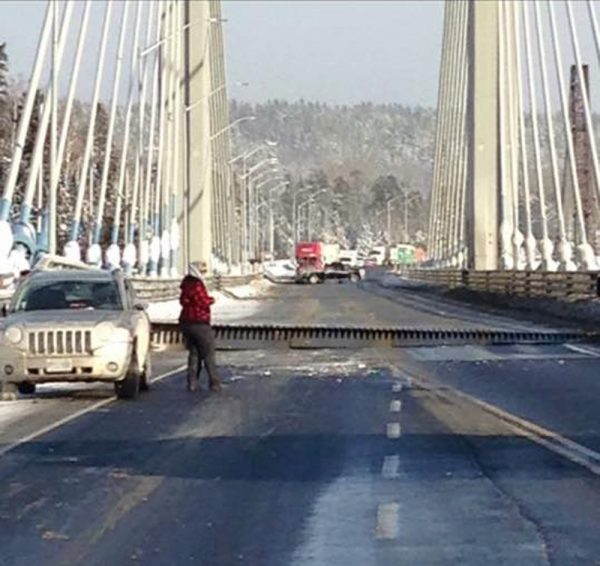 “Earlier today, we visited the Nipigon River Bridge to provide an update on the investigation into what happened earlier this year and see first-hand how work is progressing.

On January 10, 2016, the Nipigon River Bridge was unexpectedly closed to traffic due to an issue with the tie-down connection on the northwest corner of the bridge. Following the closure, two firms were contracted to test the bolts from the bridge. The testing confirmed that the bolts broke due to overloading and not due to any flaw in the bolts themselves.

A thorough engineering analysis was then conducted by ministry bridge engineers and an independent engineering consultant to determine the cause of the malfunction. These analyses were conducted independently and reached the same conclusion. 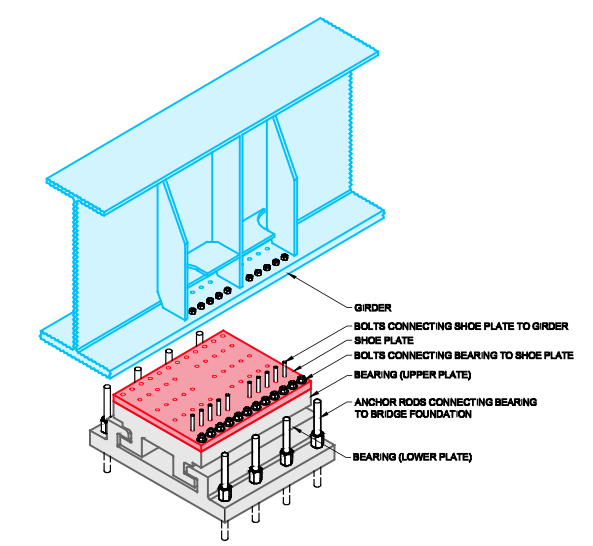 The engineering reviews found that three main factors led to the malfunction: first was the design of the shoe plate and its flexibility; second was a lack of rotation in the bearing that was constructed; and third was improperly tightened bolts attaching the girder to the shoe plate. When combined, these three factors produced the malfunction. Neither cold temperatures nor wind contributed to the closure. 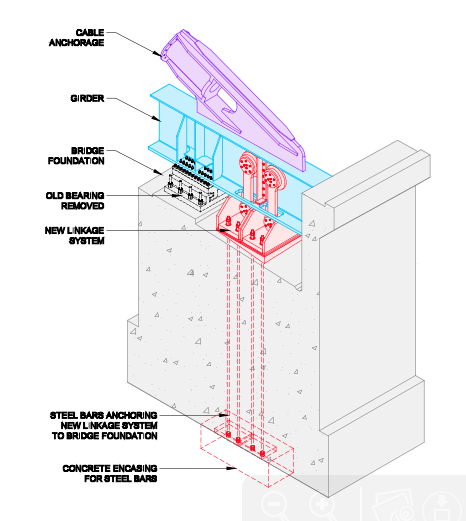 Permanent Retrofit: The design of a permanent retrofit for the bridge is well underway and will be reviewed by Associated Engineering (Ont.).

A new permanent retrofit design has been developed to address the issues identified by the engineering reviews. This permanent retrofit will ensure that the Nipigon River Bridge functions safely for road users throughout its intended useful life. This design will be reviewed by Associated Engineering (Ont.) and ministry bridge engineers and will also be applied to the south portion of the bridge, where construction is progressing well. Preliminary estimates for the initial repair work in February and the final repair to be implemented are between $8 and $12 million.

This fall, the province will also move forward with a formal route planning study and Environmental Assessment for an emergency detour route. This is expected to take approximately 18 months to complete. While our government has full confidence that the retrofit, once complete, will ensure that the bridge is safe for all users, this detour route would provide an alternate option for local residents and businesses in an emergency.

The safety of the travelling public is of paramount importance to our government, and we appreciate the ongoing patience and understanding of the people who use and depend on this bridge.”