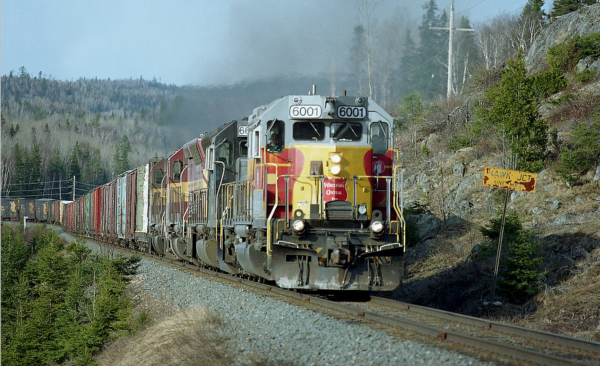 In 1998, freight was still plentiful and the Algoma Central line was being properly maintained. But not in 2021. Photo courtesy of Arnold Mooney. 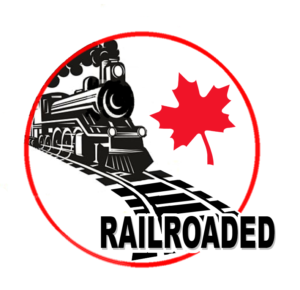 A group of self-proclaimed advocates is demanding the government immediately restore Ontario Northland Railway (ONR) passenger service, have that publicly-funded agency buy CN’s Algoma Central line from Sault Ste. Marie to Hearst, restore the passenger train on that line and push a private freight operator off the Sudbury-Soo line.  These grand pronouncements are in their submission to an Ontario pre-budget consultation committee.

That’s the name one newspaper editor slapped on this alphabet soup of rail “experts” because their acronym sounds like a braying donkey – as does their constant bleating to spend, spend, spend on rail service of all sorts.  And hang the public cost.

There was a time when citizen advocacy was tempered by solid research aimed at defending the public interest in the face of political conniving and game playing.  But that day is long past.  These groups have become spotlight-seeking vehicles for amateurs who know less about the real world of transportation than your average barnyard donkey, a.k.a. jackass.  At last count, there were nine of these ego-tripping groups.  That’s the same number as there are rail passenger routes in Ontario – and two of those are currently mothballed due to the pandemic.

The effectiveness of this collection of choo choo huggers is questionable when you consider not a single thing they’ve ever advocated has been enacted over a period of more than a decade.  And that none of them have ever worked in the rail industry.

However, they have consistently propped up politicians and public agencies spinning cockeyed schemes and false promises.  A prime example is the Northlander.  The Ford government’s Nipissing sales rep promised to restore it during the 2018 election campaign.  He’s failed to deliver even a timeline for its restoration.  But the misnamed advocates have endorsed him and the ONR in their every move under the false belief this will get that iron horse, back on the rails.

While these vanity plays have been performed in the public arena, any well-researched advocacy of logical rail improvement projects has been shunned.  That’s because they want to turn the clock back to an age long gone, which can’t be statistically, economically or commercially justified.  Their hearts would swell with joy if the extensive CN and CP passenger services of the 1950s were miraculously recreated post haste – at public expense.

The world has changed, for better or worse.  Any rail service that draws on public funding – the same way the other modes that compete with it thrive on direct and hidden subsidies – will have to be cast in terms of current market and funding realities, starry-eyed dreamers to the contrary.

Trains are pricey beasts that need to be applied where they can do the most good at the least cost in an admittedly distorted and competitive marketplace.  As a friend with whom I worked for many years at CP says, “Having a train just because you want a train is like keeping an elephant as a house pet:  It’s a great conversation piece, but messy and expensive.”

As an example, this declining collection of self-appointed guardians of the public interest also wants to maintain a VIA service in Southwestern Ontario that should be axed now to give up its underused equipment for a more productive Toronto-North Bay-Timmins service, which they also want revived.  This VIA route has been trashed so badly that it no longer makes any sense to continue it; other subsidized travel options are available.  Not every passenger train is golden, especially in straitened financial times.

I stand second to none in my admiration of the multiple potential benefits of modern railroading… where it is applicable.  I’ve devoted a large chunk of my professional life to making that happen.  I’ve learned plenty from experienced railroaders about what it takes to make the trains roll efficiently and effectively in a competitive and sadly over-politicized transportation world.

Pushing for more of our money to be thrown at a disjointed and unsustainable transportation system is the height of irresponsibility.

The pity is that citizen advocacy once was admirable.  I saw it in action in the early 1970s when a small band of concerned and informed citizens saved Toronto’s streetcar system when it was about to be bludgeoned by some truly malicious politicians and bureaucrats.  I wrote about their work in The Citizens Guide to Sustainable Transportation Advocacy, which I produced a decade ago for one of these current groups.  It’s still on their website, although I doubt any of them has ever read it.