Community of Red Lake evacuates under Threat of Forest Fire 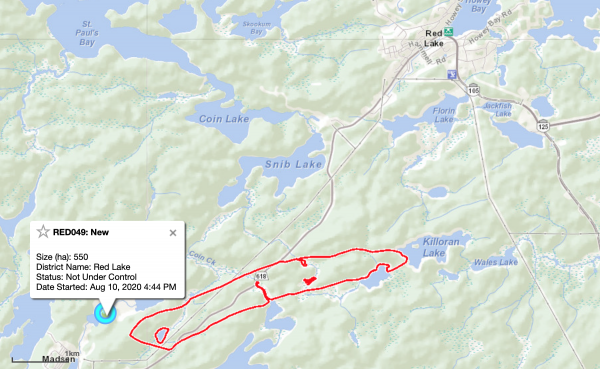 The community of Red Lake issued an evacuation order Monday night. This was to urge all vulnerable residents to leave immediately, and others to leave that evening as a forest fire (RED049) was threatening the hydro lines and main access to the community. More than 4,000 people began to leave and were registering at the Township of Ear Falls or Dryden.

Eight flights were scheduled for later today (Tuesday, August 11) to make sure that all remaining residents were evacuated to Thunder Bay. Anyone who hasn’t left the community must report to the Cochenour Arena immediately.

A state of emergency in conjunction with the MNRF has also been declared. 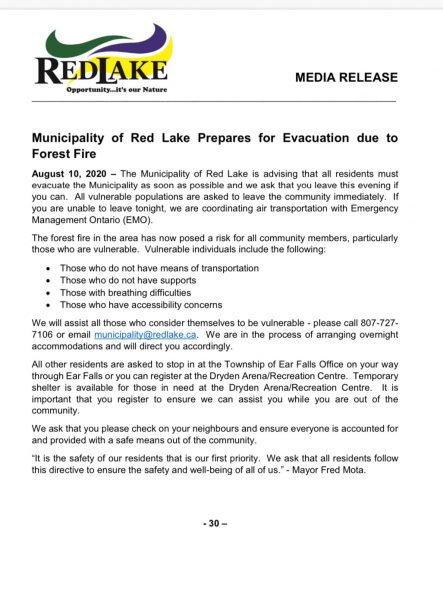