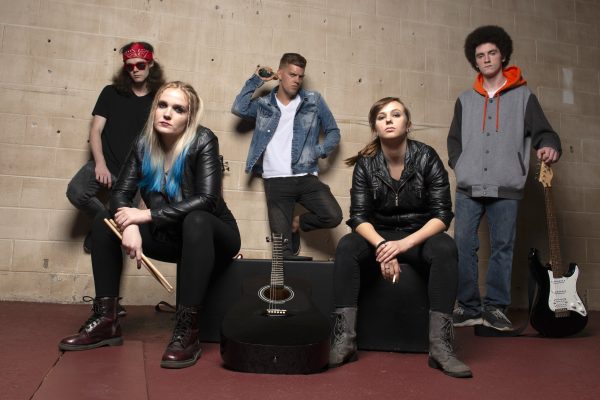 The words “That’s a wrap!” echoed across the set in North Bay last Thursday, for the filming of Cold Strings. Producer Ryan Keller, who grew up in Thunder Bay, has brought more than one movie to Northern Ontario’s production hot spots through Other Animal Entertainment, which Keller co-founded with executive producer Jonathan Hlibka and Geoff Raffan.

Their last production was a multi-award-winning psychological thriller called Poor Agnes, filmed in Thunder Bay. Keller was also involved in a production earlier this year in Sault Ste. Marie.

Cold Strings, a teen music drama about a band trying to make it big from a small town, is directed by industry veteran Derek Diorio, and leverages the talent of Canadore College’s programs, in front of and behind the camera.

“We’re blown away by the quality of the film program at Canadore; it was easy to find recent grads who were professional and excited to work,” says Keller, who himself attended Confederation College. “It’s no wonder that this region is being called Hollywood North.”

The film stars North Bay’s Matt Close as Will Porter, a gifted song writer on the verge of breaking big and Mattea Brotherton as Ronnie, Matts tough older sister.

Beyond just choosing Northern locations, Other Animal Entertainment is proud to be working with communities to build up local skills where ever they shoot. On Cold Strings, Other Animal created an immersive mentorship program with Canadore College to provide students with a hands-on learning opportunity. Students were present on set to get first-hand experience working with a professional crew, from both their acting and digital entertainment programs. In addition, Other Animal will be using facilities at Canadore College for post-production, affording students another lens into the production world.

“We’re really excited to bring Cold Strings to life — everyone enjoys a good story about overcoming challenges,” says Jonathan Hlibka, Head of Marketing and Distribution at Other Animal. “We’re looking at a fall 2020 release of the film domestically.”

The film’s budget is approximately $1 million, and was financed in part by the NOHFC. The film was shot in 4K on Red Dragons with Cooke S4 lenses and will be mixed in Dolby Atmos. Post-production audio will be overseen by Emmy Award winner Geoff Raffan.