Telescopes have come a long way since its invention in 1608. The simple refracting telescope consisted of two small lenses located at each end of a long tube. This `spyglass` was a great tool to magnify approaching enemy ships from a distance.

Galileo Galilei heard of this new instrument and in 1609 constructed his own without seeing the original. By 1610 Galileo began pointing his refractor to the heavens, changing astronomy forever. This low power instrument revealed the four brightest moons of Jupiter, rings of Saturn, the crescent phases of Venus (at certain times in its orbit) and of course the heavily cratered Moon.

Sir Isaac Newton created the first reflecting telescope in 1668 which incorporated a silvered mirror at the back of the optical tube instead of a front lens. Using a mirror was always in the minds of previous investors and even Galileo after the refractor was created. The concave mirror of the reflector is curved like a makeup mirror and concentrates incoming light to bring faint galaxies and other objects into view. Both optical designs are still used today by amateur astronomers and major observatories but much larger in size. 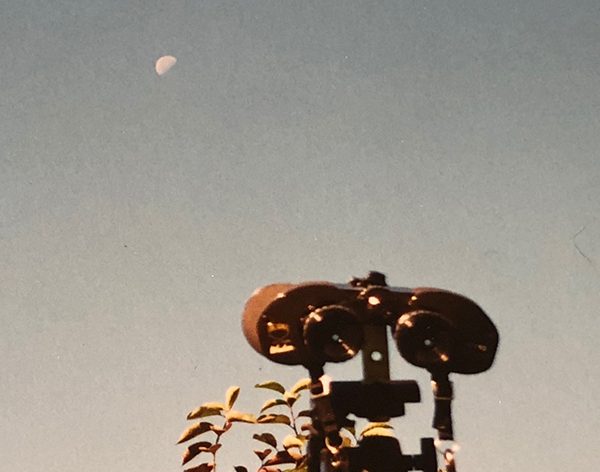 If a telescope is not in your immediate future, a pair of binoculars is a great start, especially when introducing children to the night sky. I would suggest purchasing a wide angle variety of binoculars such as 7X35. This translates to 35mm wide front lenses that magnify seven times. Binoculars show large areas of sky and are great in locating some of the 110 objects on the Messier list. On the other hand, telescopes can magnify 80X or more depending on the telescope size and eyepiece used. The fun is in the search and the adventure of star-hopping to distant treasures.

But if a telescope is a must, I suggest starting with a 6 inch or 8-inch reflecting telescope. You now have the capability of viewing distant galaxies millions of light years away from dark skies. Although the optical tube design is the same, various models come with a heavy computerized mount and heavy tripod. The best and least expensive way to learn the sky is with the Dobsonian type mount that relies on push power and operates like a tank turret – up, down, left, right. They can run from $500 to $600 compared to the 8 inch Schmidt-Cassegrain design, computer automated telescope (CAT) costing towards $5,000. 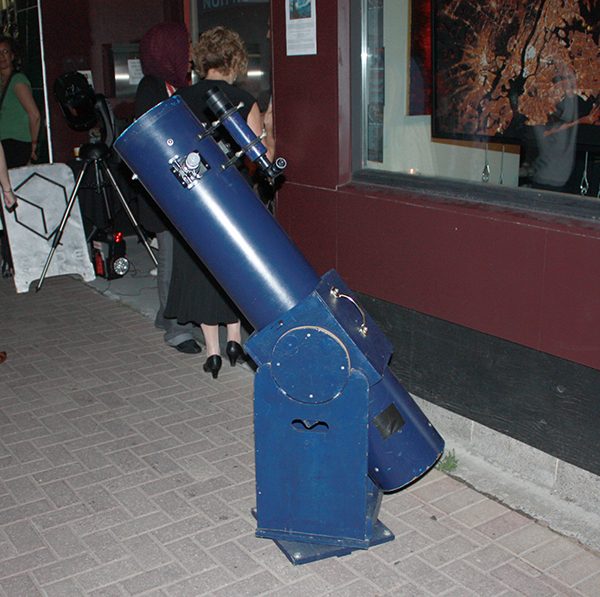 To track the sky, a computerized telescope requires a few input settings at your nightly setup such as location, date, time and a couple of known star positions. Finding a celestial object is as easy as punching a catalogue number on a keypad and watching the telescope move to the target. Keep in mind these are much heavier scopes that weigh about 33 kg or 73 lbs and up while the Dobsonian mount is about half the weight and very portable. I built my 8 inch f/6 Dobsonian in 1977 (above photo) and is a perfect portable scope when lecturing at Provincial Parks and campgrounds. I cannot stress enough to search out reputable telescope dealers online that know telescopes and love astronomy while staying away from camera shops and big box stores.