The Sun – Our Life Giving Star 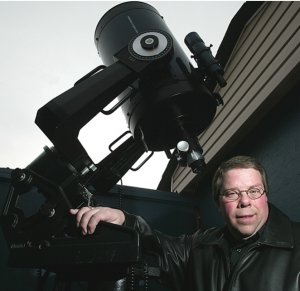 My passion for the night sky began at the tender age of 8 with an elementary school library book entitled “Stars”. I learned from that fateful day that the Sun is a typical star in the night sky and one of 200 billion stars of our Milky Way Galaxy. But not all stars are the same. They come in an array of different sizes, ages, colours, temperatures, distances as well as a combination of chemical elements. But how did our Sun come to be?

Some 5 billion years ago the Sun developed from a shell of gas and dust in an interstellar cloud measuring hundreds of light years across. A light year is about ten trillion kilometres in length. Most likely the shockwave of a nearby exploding star called a supernova sent pockets of material into a spinning motion.

Over time these pockets began to condense and collapse upon itself, with this spinning motion drawing material towards its centre like a giant cosmic blender. The spinning also caused the cloud to flatten out and widen like pizza dough. Our protostar at the centre began getting hotter and larger with gravity pulling in more gas. This “snowball effect” continued until our Sun grew to its present size of 1.4 million kilometres across or 109 Earths lined up side by side like a string of pearls. There were most likely other sibling stars born from that same interstellar cloud so long ago.

Once the Sun reached a critical internal temperature of 15 million degrees Celcius, it lit up by nuclear fusion and the shock wave blew away some of the closer material outwards into the pancake of dust. Over time dust grains began sticking together to produce sand-size particles. As more material stuck together and grew like sticking bits of Play-Doh together, about 100 baby planets called planetesimals came to be. Buzzing in all directions like a cosmic demolition derby, collisions resulted in the utter destruction of the two bodies or the soft merger to create new larger worlds. When all was said and done the solar system was now a family of eight main planets, hundreds of moons, tens of thousands of asteroids and billions of comets.

We refer the Sun as our daytime star and we orbit it at an average distance 150 million kilometres or one astronomical unit (AU). An AU is used as a cosmic metre stick when measuring celestial objects close to their parent stars. This is a mere baby step compared to our closest night time star called Proxima Centauri at 4.3 light-years (ly) away. This star is located in the southern hemisphere and not seen from Canada. We do however see the bright star Sirius at 8.6 ly from us. Our Sun is considered a little less than average size compared to the rest of the galaxy. Some supermassive stars measure 30 or more times the size of the Sun and reside hundreds to thousands of light years away. End to end our Milky Way Galaxy measures 100,000 light years across. 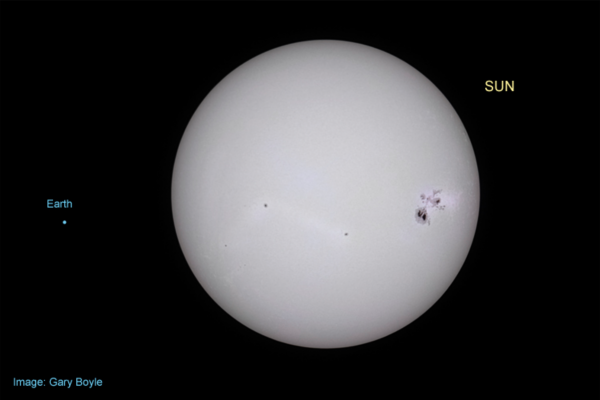 We owe our very existence to the creation of the Sun and planets. The Earth has created some 4.5 billion years ago with simple cell organisms emerging a few million years later. About 3.8 billion years ago, cyanobacteria began forming mostly on stromatolites thus beginning the process of photosynthesis that produced oxygen. The Sun is not only a heat and light source but grows our food and helps our skin produce vitamin D which is good for our health. Earth is perfectly positioned in the habitable or “Goldie Locks Zone” where oceans remained liquid with water is the key to life. If our planet was closer or farther from the Sun, water would boil away or freeze. So life is a result of the coming together of so many factors.

To date, more than 4,000 exoplanets have been found orbiting distant stars with a few thousand more possible candidates. A few exoplanets are believed to lie in habitable zone so if that planet has water, life might also be possible. The same 92 natural elements found on the periodic table are found throughout the entire universe with the recipe of life in the making.

Next time you look up at the night sky, you might be gazing upon distant solar systems with a planet and the possibility of life.