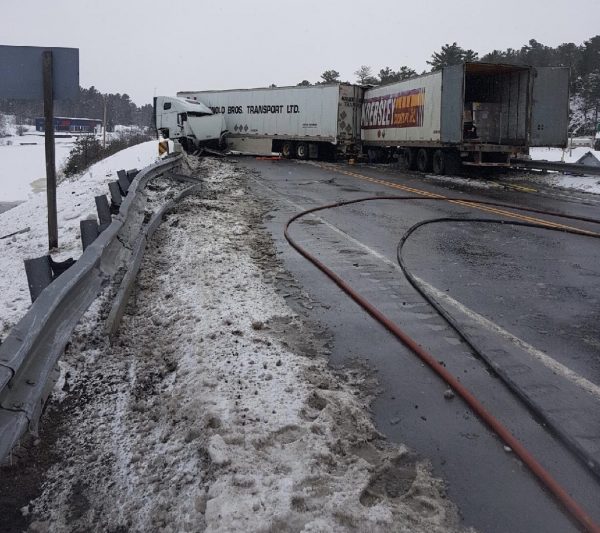 On December 6, 2018 shortly before 6:00 a.m., a member of the West Parry Sound Detachment of the Ontario Provincial Police responded to a motor vehicle collision (MVC) involving two commercial motor vehicles resulting in a chemical spill on the Key River Bridge in Key River, Ontario. The responding officer was exposed to a potentially hazardous chemical and was transported to hospital by Parry Sound Emergency Medical Services (EMS) for precautionary medical assessment. Highway 69 is closed as a result of the crash. 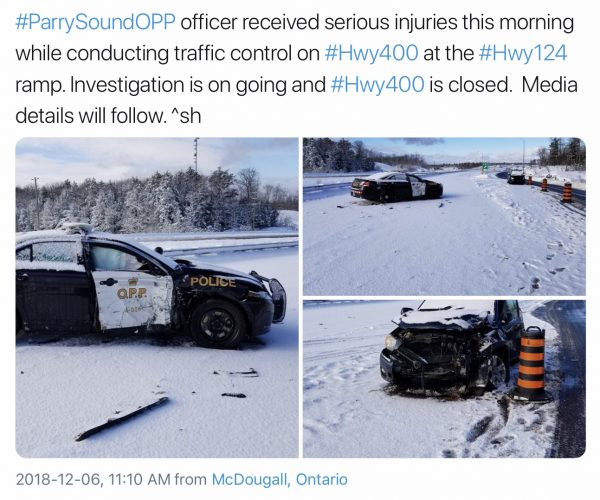 A second officer was conducting traffic control on Highway 400 near Parry Sound, Ontario because of the crash at Key River. While in her cruiser with all emergency lights activated, she was hit by a northbound vehicle. The officer suffered serious but non-life threatening injuries and was also transported to hospital by EMS. The driver of the other vehicle was not injured.

The crash is still under investigation.