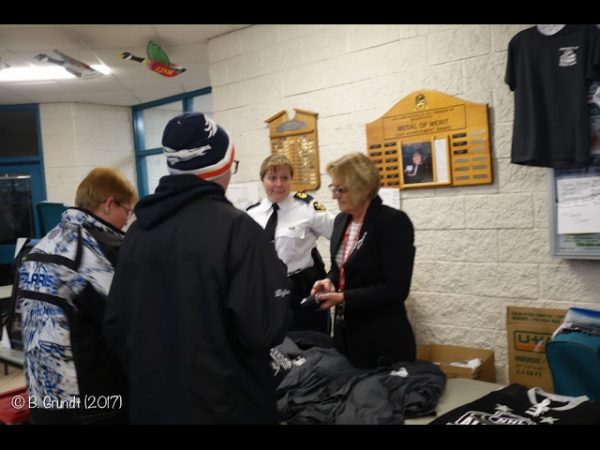 Wednesday night, the Michipicoten Memorial Community Centre was packed with hockey fans of all ages. First stop when you entered was either the ticket table or souvenir table where Mr. Gretzky was signing autograph after autograph, and even posing for photographs. He even asked each person if there was anyone else in the family that would like to have an autograph too. What a kind man! 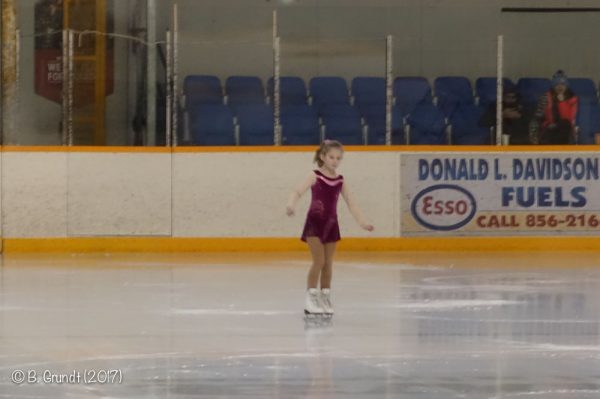 Next was to find a seat – and the place was full. Standing along the back rail or in the seat, there were not many places left. As entertainment before the game, a young skater took to the ice. Such a contrast, to watch before the hockey started. 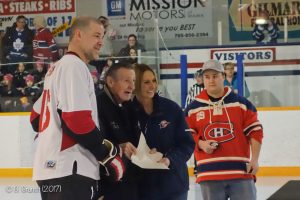 Before the game could start, MC Petar Kusic explained that there was a special presentation to be made by Mr. Walter Gretzky to Chris Simon and Trudy Dunham of Wawa Minor Hockey, and Guest Coach Stephen Ouellette (Wawa Motor Inn). A cheque for $2,500 was donated to Wawa Minor Hockey!

O Canada was sung by youth from Sir James Dunn (English) École Saint-Joseph (French), and then the puck drop! 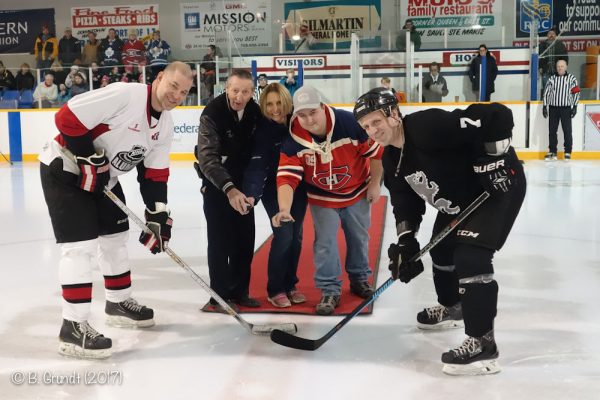 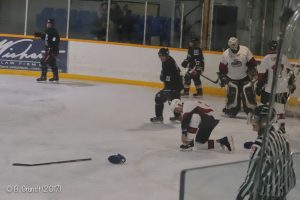 This was a ceremonial puck drop, and then once the guests and the red carpet was removed, the real puck drop happened, and off the players went chasing the puck. Chris Simon scored the first goal for the NHL Alumni, the one of many he would score during the game.

I’m not sure that the game was fast and furious, but it was entertaining. The call for ‘time-out’ so that one hockey player could tie his laces was hilarious. 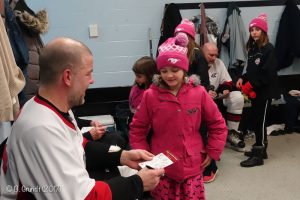 There weren’t many moments like that on the ice – it looked like some pretty good hockey to me. Certainly was amazed to see the Wawa All-Stars goalie keeping shot after shot out of the net, although a few did get by.

During the VIP ‘met the NHL Alumni in the locker room during half-time”, I had to confess to Chris Simon that this was the first time I had ever seen him play! My family wasn’t a hockey family, although my father was known to have great faith in the Montreal Canadiens when they were in the playoffs in the mid-seventies. 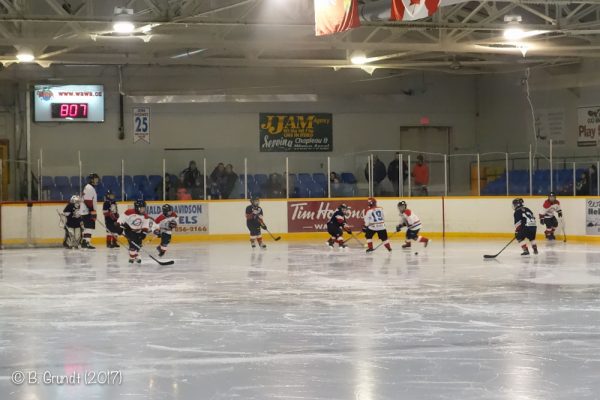 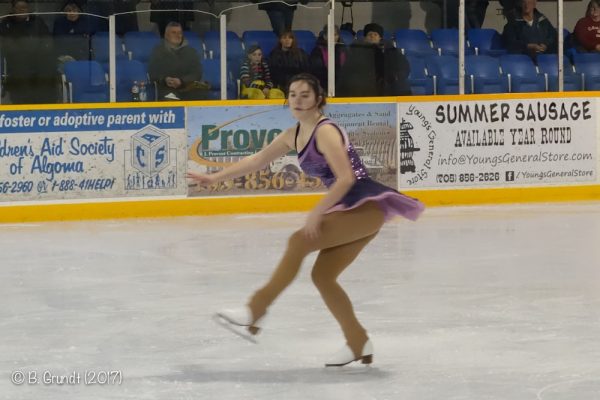 During intermission, there was another guest figure skater, a hockey game by some beginning hockey players and chuck-a-puck! All great fun, and then back to the hockey game, well – really some skills drills competition. Most fascinating was watching the players trying to hit these targets in all the corners of the net.

It was a great evening out, and it certainly looked as if the crowd enjoyed the game as well. 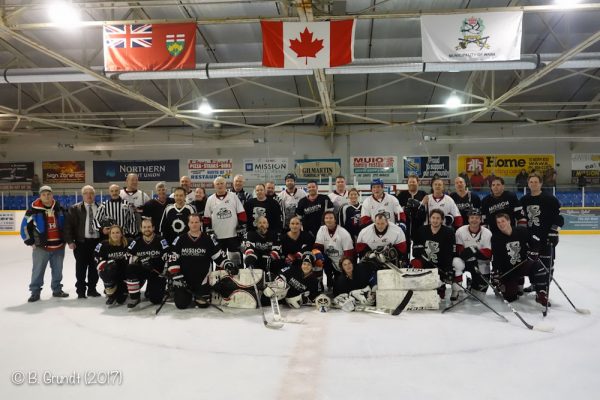