Every trip to the Soo is an adventure – some more than others. My trip home on Sunday, December 29th was no different. Waiting in the Sault for people to say how their trip was – road conditions… With the ice storm, rain in the Soo, freezing rain along the way… all thoughts were that a night in the hotel was the right thing to do. 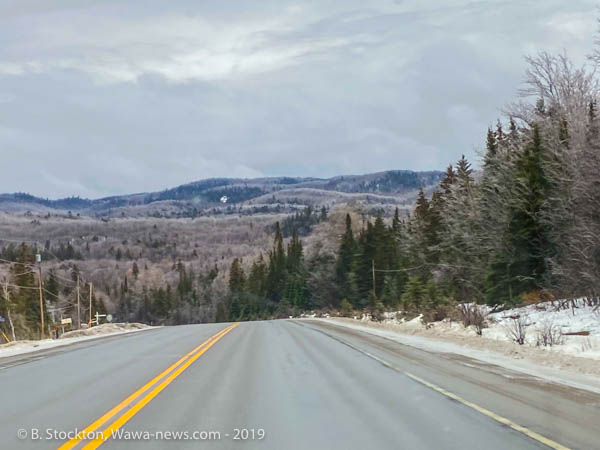 But then, a friend made his way south – said the roads were ok, so we made the dash home. Awestruck all the way we watched the swatches of freezing rain glisten in the trees, some spots completely bare. As we passed Harmony Beach you could see the landscape just glittering. Around Montreal River the wind picked up. Stopping at MacKay Road we shut the beetle’s engine off. The wind was knocking the tree branches against each other in waves of sound that overwhelmed the roar of the wind. 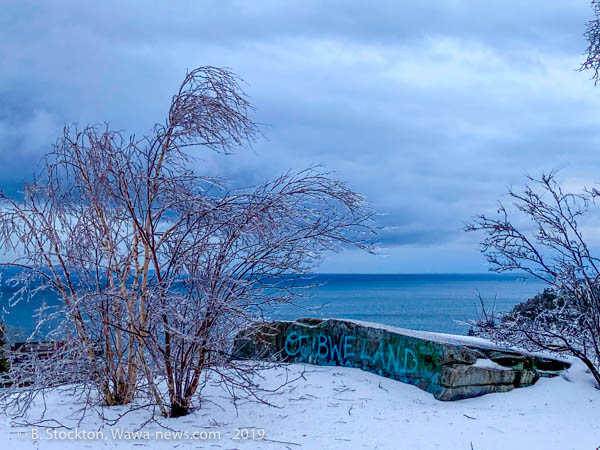 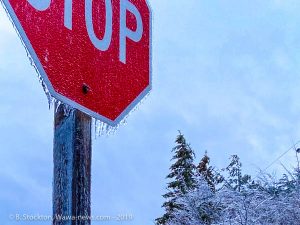 Finally, fingers chilled to the bone taking photographs, we continued north. To our surprise we were able to pull in at the Agawa Bay Hill Lookout. The clouds and water looked ominous, providing a perfect foil to the glittery ice on the branches. The ground was strew with shards of ice and branches. Although beautiful, the frozen rain that had clung to the branches was breaking them with the weight. Such beauty, and destruction in one fell swoop.

Once again our fingers were chilled. Warming up in the car we both were amazed at the amount of ice that had grown on to all the surfaces, roadway, gravel, rock cuts, trees – anything was fair game for the freezing rain to stick to. 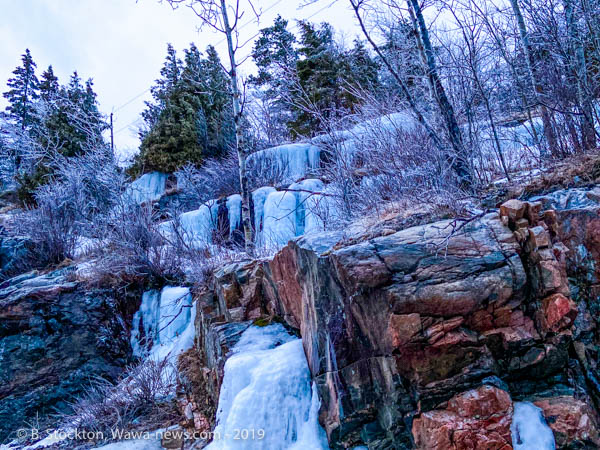 If the weather Monday had cooperated with bright blue sunny skies it probably would have been worth a trip back to the Soo. Unfortunately, the forecast was for more freezing rain and then snow. By Tuesday, the high winds will have probably knocked all the ice down – but if not – you might have a chance for some beautiful pictures of your own. The weather forecast is for snowfall accumulations near 10 cm by Tuesday morning. But who knows, maybe the weather forecast will clear… 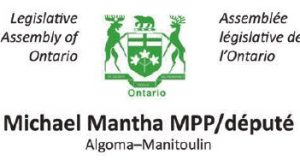 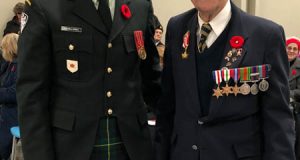