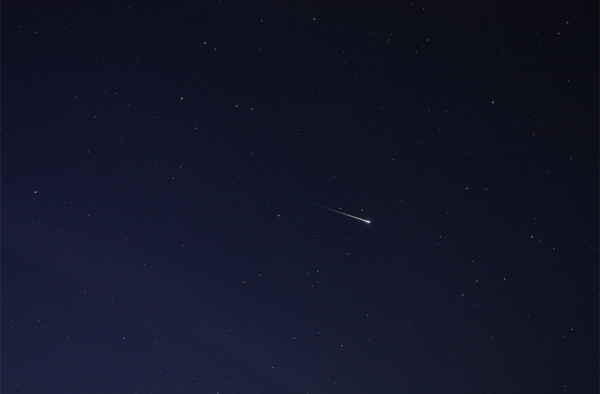 One of the most captivating celestial events is a meteor shower. Everyone from time to time has seen meteors – aka “shooting stars” while taking a stroll or walking the dog at night. These are bits of debris from the creation of the solar system or even space junk such as nuts, bolts etc from old rockets and deployed satellites. Although these are unpredicted sightings that can sometimes startle the observer, there are many known meteor showers throughout the year.

On the night of December 13/14, one of the best displays will play out in the skies above. This is the annual Geminid meteor shower and is named because its radiant or origin appears to come from a specific point in the constellation Gemini. This point is located just above the star Castor, located 51 light-years away and is the mythological mortal twin warrior of Pollux.  This shower is known to produce a consistent 120 graceful meteors per hour. There will even be a few bright fireballs. Their slow speed of 36 kilometres per second will add to the beauty of the sky show. By contrast, the Perseids meteor shower in August streek through the atmosphere at twice that speed. Even though the moon will be about 77% lit we should still see a high number of meteors vaporize in the atmosphere.

The Geminids are not produced by a comet as in other showers but by the five-kilometre wide asteroid 3200 Phaethon. This object could be a dead comet that over time has lost its chemical and water ices. A comet loses one to two percent of its volatile surface every time it rounds the sun. Solar radiation causes the gases to glow as well as releasing sand and grit off the comet’s surface. This can form the iconic dust tail. One of the best times will be after 3 a.m. EST when the moon has set and the shower at its peak time. But if that is too late for you, anytime would be good to witness a few unforgettable bright meteors.