Seeing double is never a good thing and a sign to seek medical attention; however, double stars can be a thing of beauty. Some stars that appear as a single point of light to the unaided eye are in fact, double when magnified with binoculars or a telescope. Optical doubles are two stars that appear close together only by line of sight with no physical attraction to each other. Visual binaries are two or multiple stars that physical orbits each other taking a few days to years to complete an orbit.

If the geometry is just right, one of the binary stars passes in front of the other and we can see a lowering of the overall brightness for a short time period. These are eclipsing binaries such as the star Algol, the Demon Star, located in the constellation Perseus located in the North East. With binoculars and a bit of practice, you can witness the subtle change in brightness every 2.8 days as the main star dims for about ten hours. 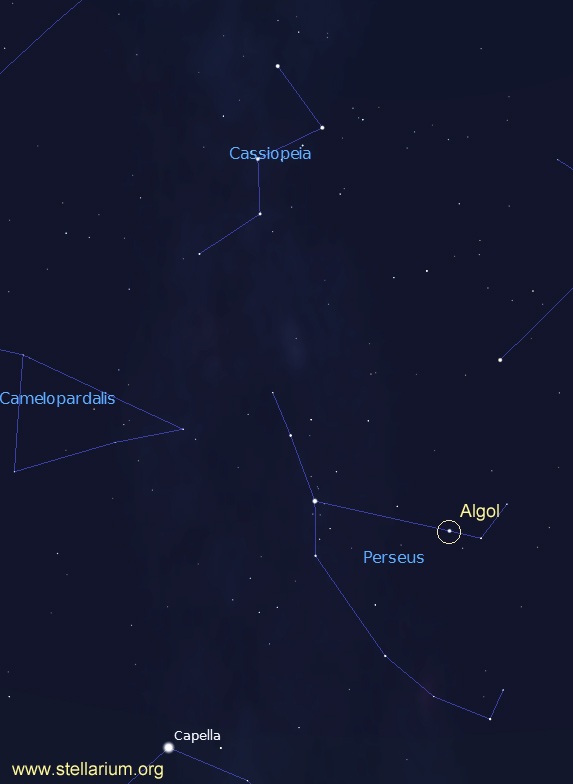 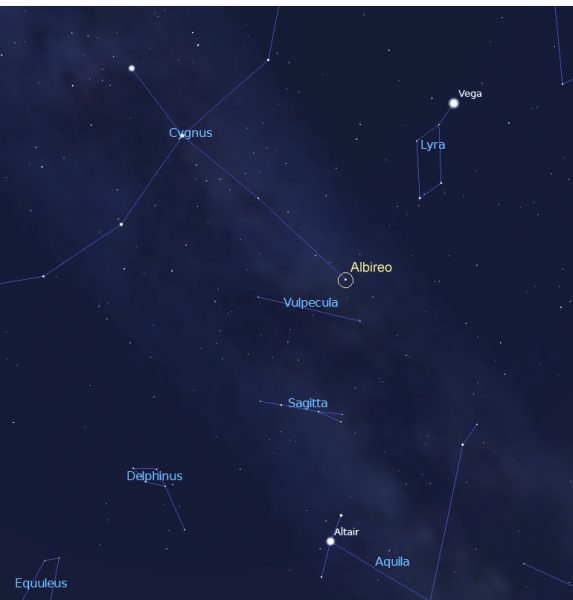 One of the best examples of contrasting colours in a double is the star Albireo found at the head of Cygnus the Swan now located in the North West sky. Using a telescope operating at 60 power, you will see a bright golden-yellow star next to a dimmer blue sun. The two are about 430 light-years from Earth and might take as long as 100,000 years to orbit each other. 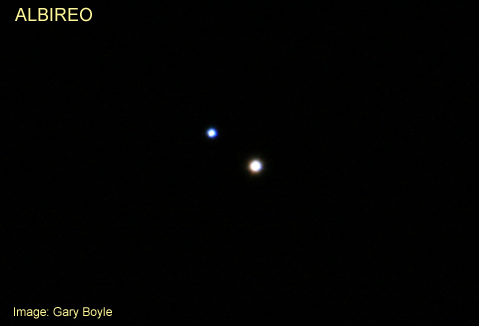 Since these are points of light and not faint galaxies or gaseous nebula requiring dark observing sites away from light pollution, double stars can be enjoyed from the city or suburb. Sometime the beauty and challenge is to split the close together; high magnification might not even separate them into individual components. And no two doubles appear alike but seeing them with your eyes is a unique experience.