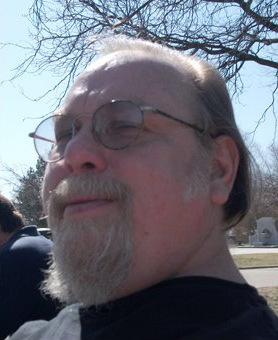 Garry proudly served his country in the Navy (71-75), working in the capacity of special intelligence. Garry led a career that encompassed many fields, machinist, luthier and recording engineer. As an innovative machinist, he worked with Trager Research & Manufacturing (Detroit) and Hydracam Ltd. Garry was a gifted guitar builder and engineer, founding North American Guitar Corporation, winning a global contract for his products, also President of GTS – Guitar Technology Systems. His products were cutting-edge and had applied for many design patents. As a recording engineer, he worked with legends George Clinton and Sly and the Family Stone, among others. As a result of his accomplishments, he touched many lives and will be remembered fondly. Garry took pleasure in his later years as a landscape artist and gardener, with a particular love of irises.

At the request of his family, a formal service will not be held, and cremation has taken place. A celebration of his life will be held at his friend Michael’s house, at 4122 North Fulton Place, Royal Oak, Michigan from 2 to 5 p.m. Saturday, February 19th, 2011. Friends of Garry are invited to attend.

All music is folk music. I ain’t never heard a horse sing a song.  Louis Armstrong