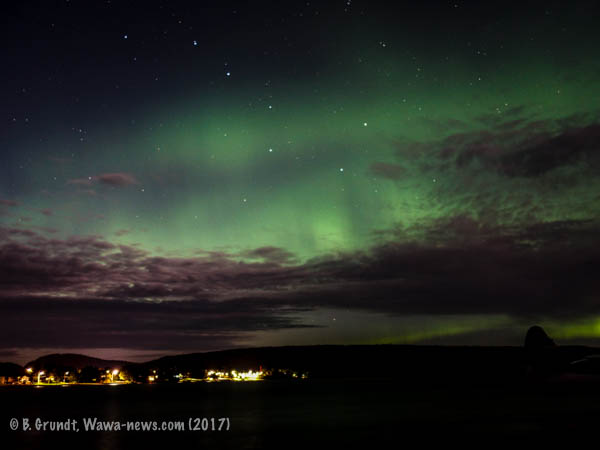 Last Thursday communities in the northern latitudes throughout the world had the opportunity to see the Northern Lights. The debris from Wednesday, September 6th monster X9-class solar flare had created Northern Light so bright that they stopped traffic in Finland. Despite the clouds Thursday, Wawa had a great show. The first series began just after 10 p.m. despite the cloud cover. 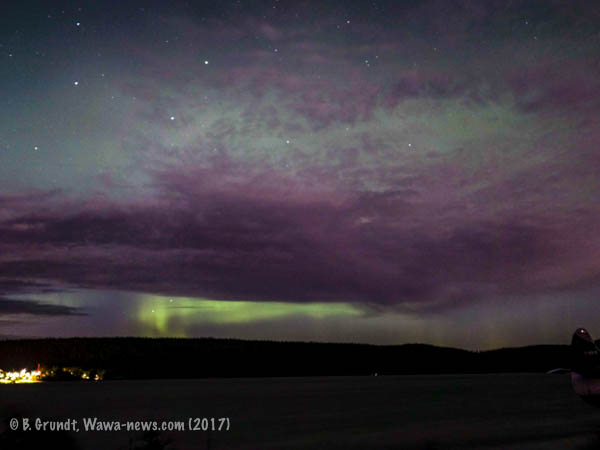 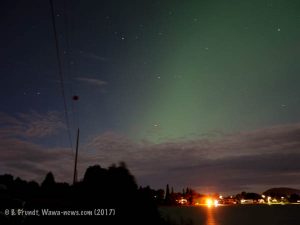 Half of the sky had a greenish haze, and over the Mine Hill, the lights were dancing under the clouds. For about an hour, I was torn between just watching, and remembering to trip the shutter for these up to 15 second exposures. Then they faded, and although I wanted for 20 minutes, they seemed to be gone for the night.

So packing up camera and tripod, I took a cruise about town. Nothing much to see, and although the thought of a hot chocolate at Tim’s was tempting, I took a pass, and headed home. One last look at the skies as I drove up Mission Road in front of the United Church… 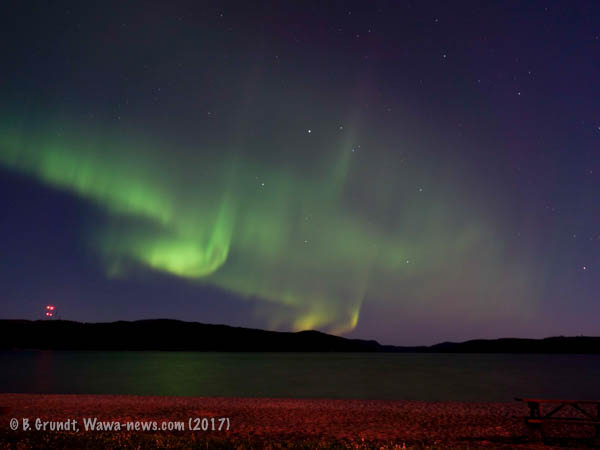 I was shocked. In the what, five minutes it took to drive down Broadway, Mission, out the the airport and turn back around – there was this huge ribbons of blazing green in the sky! 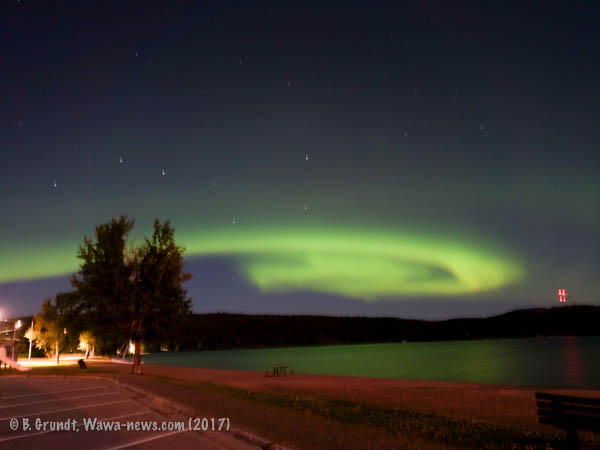 I went out to Watson’s – but the span was too great to capture in one frame. I headed down to Dr. Rose’s Beach at the bottom of St. Marie Street. Perfect! It was so bright that I was able to capture images with my iPhone! It isn’t great – but they were certainly bright. 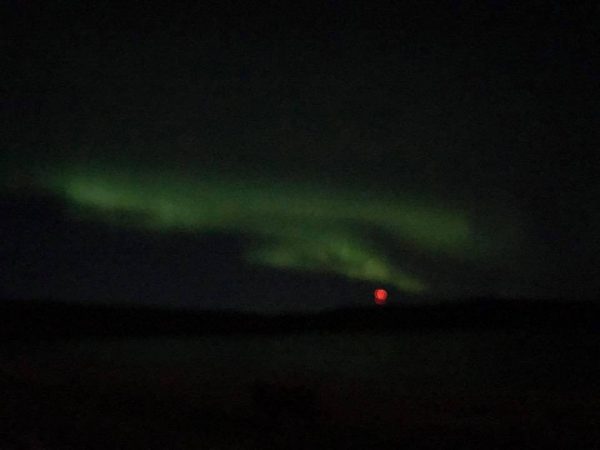 NOAA forecasters say there is a 65% chance of minor G1-class geomagnetic storms for tonight, September 14th when a stream of solar wind reaches Earth. 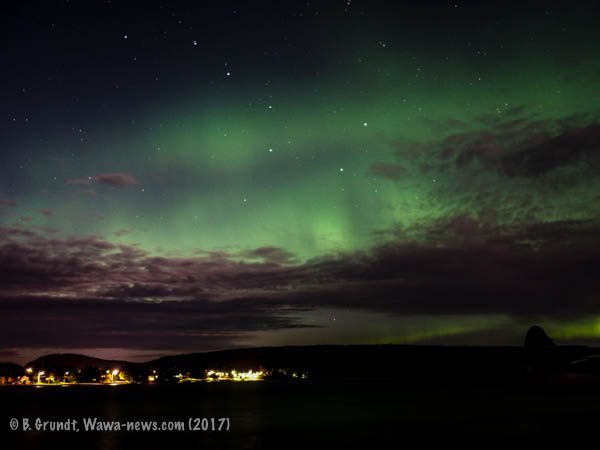 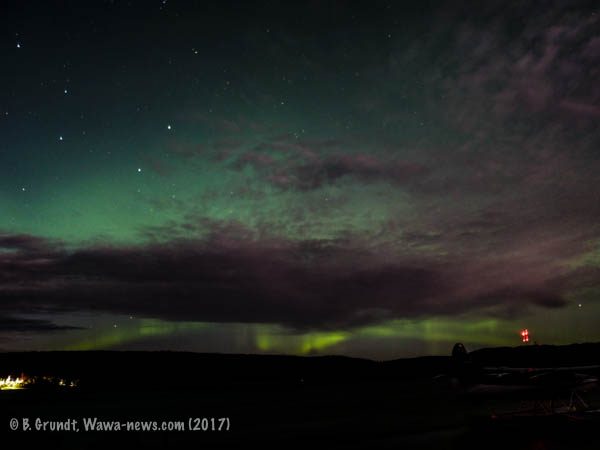 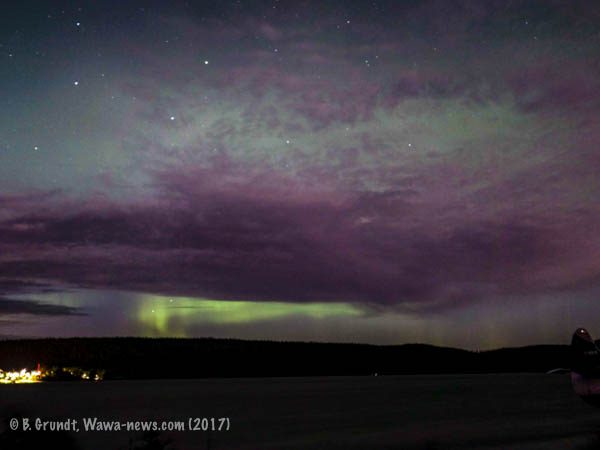 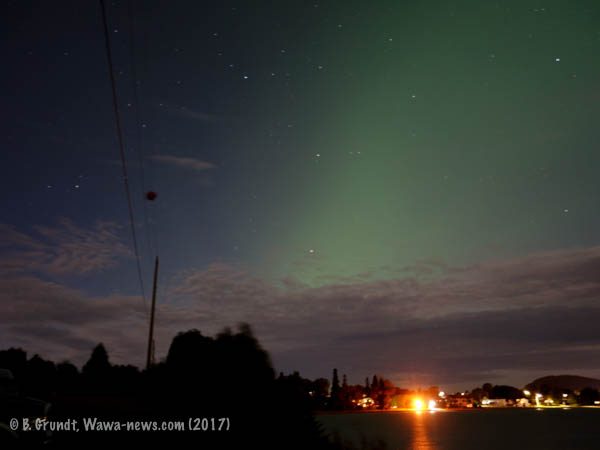 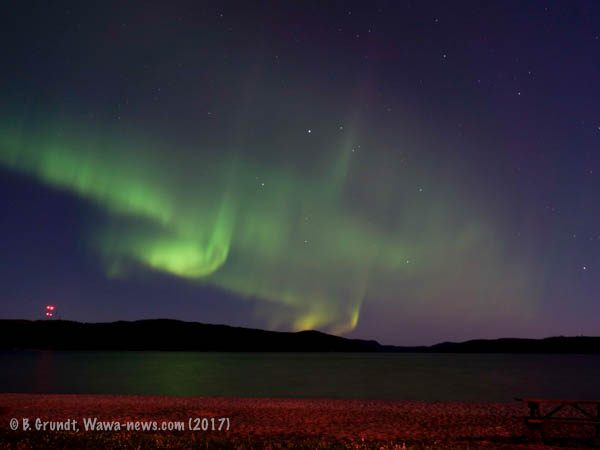 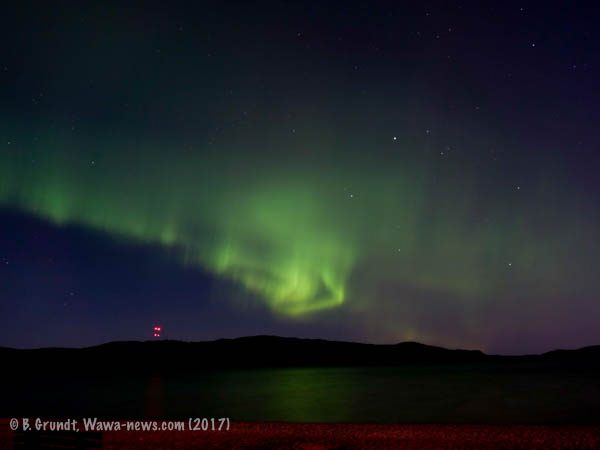 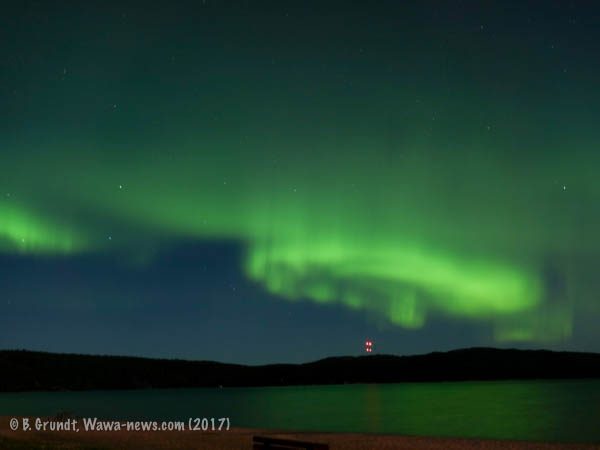 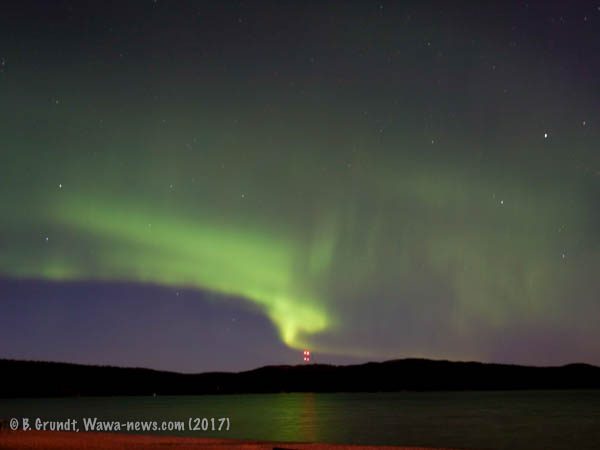 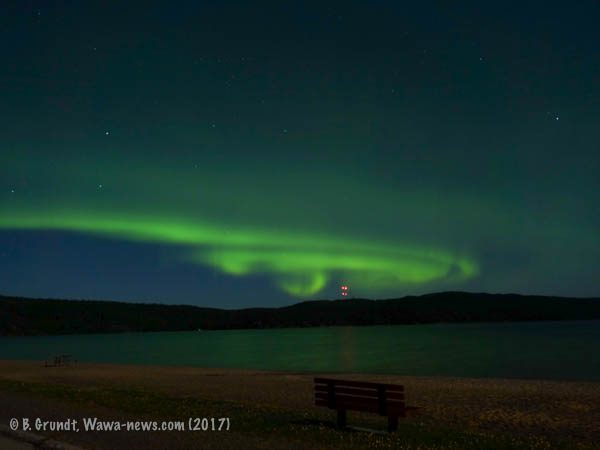 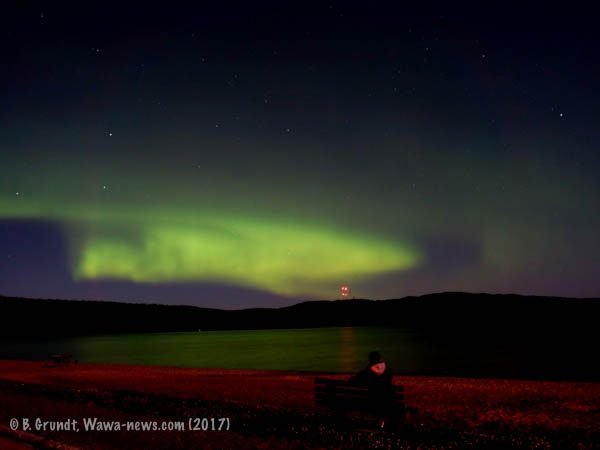 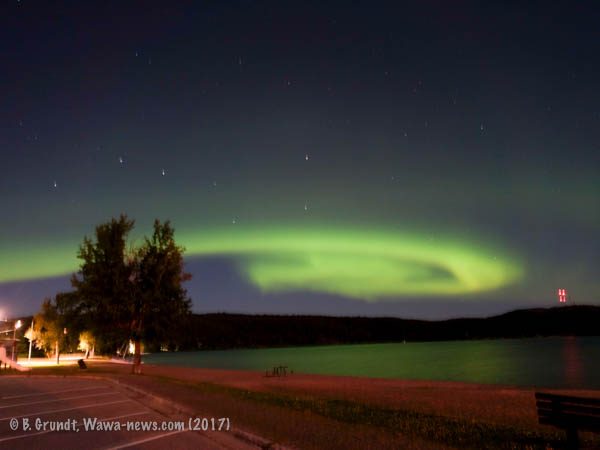 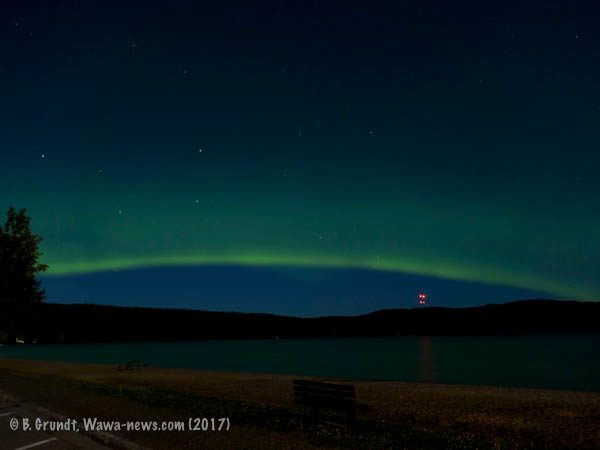 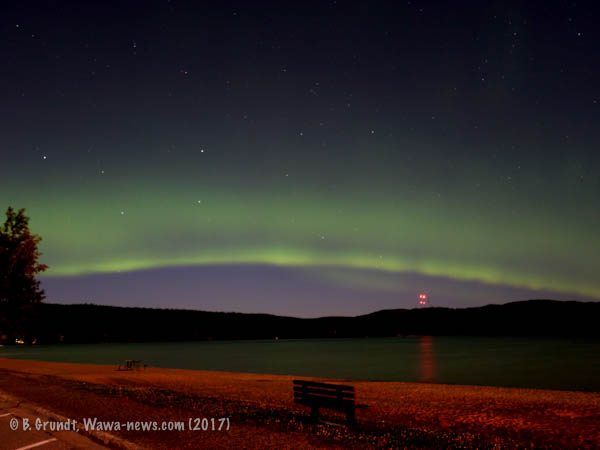 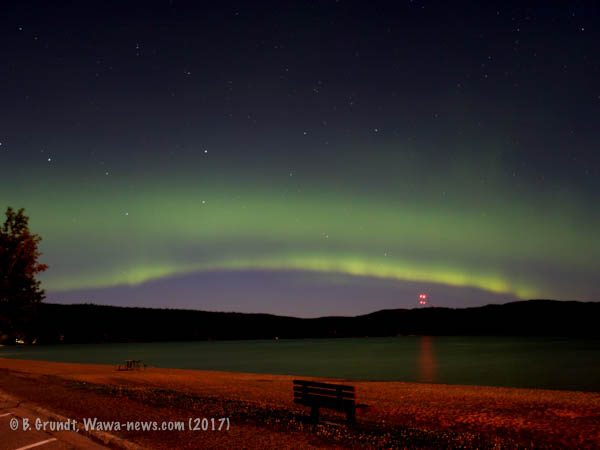 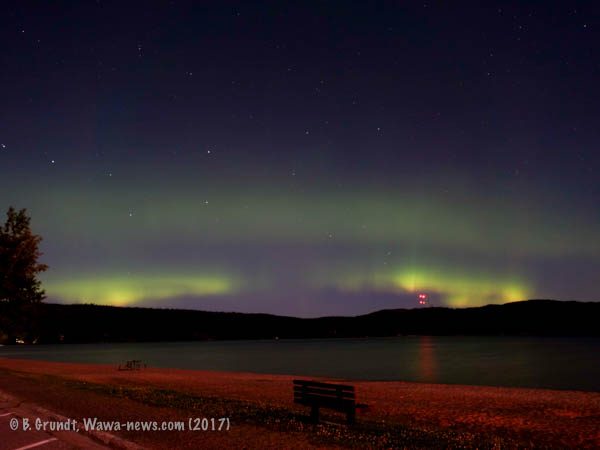 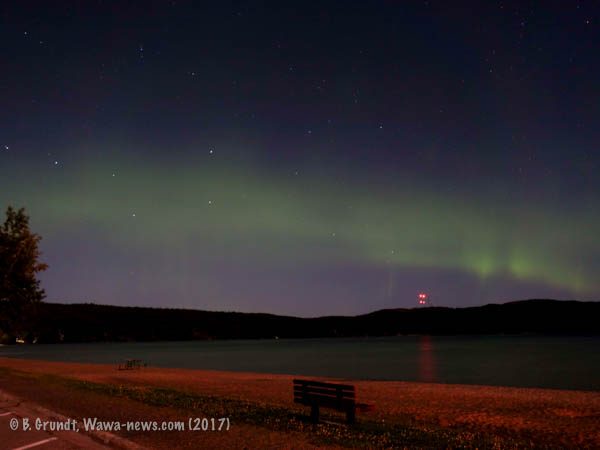 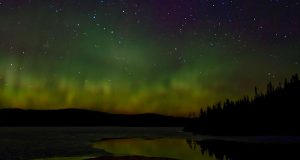 Mother Nature Puts on a Show for Earth Day