Want to help those who lost all in the Apartment Building Fire? 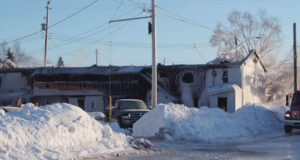