Statement from Premier Ford on the Death of Prince Philip

Today, Premier Doug Ford issued the following statement on the death of His Royal Highness The Prince Philip, Duke of Edinburgh:

“I am saddened to hear about the passing of His Royal Highness The Prince Philip, Duke of Edinburgh. On behalf of all Ontarians, we send our deepest condolences to Her Majesty the Queen and the entire Royal Family.

Prince Philip was a devoted husband of more than 73 years, father, grandfather, war hero and public servant. He leaves behind an exemplary legacy of outstanding service to society that reaches around the globe, especially through his Duke of Edinburgh Awards, an international program founded in 1956 that encourages youth to develop their highest potential in all areas of life.

Prince Philip will be missed by many people across Ontario and around the world. During a global pandemic, we cannot gather to pay tribute to his life, but we will always remember the extraordinary impact he had in his nearly 100 years on this earth. Flags at all Ontario government buildings and establishments across the province will be flown at half-mast until the day of the funeral or memorial service.” 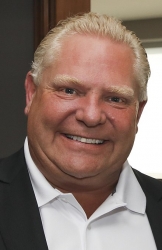 Doug Ford
Douglas Ford is a Canadian businessman and politician serving as the 26th and current premier of Ontario since June 29, 2018. He represents the riding of Etobicoke North. 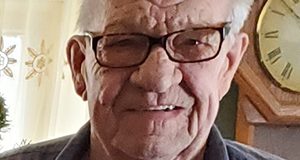