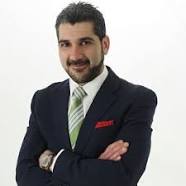 Ross Romano, the newly elected PC MPP for Sault Ste. Marie, asked his first question in the Ontario Legislature today since being elected in June:

“The Ring of Fire is one of the greatest opportunities Northern Ontario has ever seen. And yet, for eleven years since its discovery, this government has claimed that the North matters, but actions speak louder than words.  All we’ve actually received is announcement after re-announcement; and always during an election year; but no actual progress to date. Leading up to the 2014 election, they promised $1 billion, but then axed that from this year’s budget. Recently the Premier made yet another election announcement, but they’ve already taken the money away, and they still haven’t even bothered to ask the federal government for help. It’s just more of the same old story. So Mr. Speaker, will the Premier just admit what we all already know; that these announcements are nothing more than Liberal photo ops to buy voter support during an election year?”

“During these last eleven years of inaction in the Ring of Fire, this government has attributed the delay to promises that they were consulting with all of the impacted Matawa communities, the ‘right way’; and to ensuring that all five of those communities were on board with the development. And yet in the Premier’s recent development announcement; we learned that she only has the support of 3 of those 5 communities. Neskantaga and Port Hope have publicly stated they have not been properly consulted with and they will oppose this development. How has the Premier failed to secure their support as previously promised? And how can the Premier possibly keep this year’s election promise in the face of such opposition?”