After 10 days of searching, JRCC Trenton has made the difficult decision to suspend the search for a missing Piper Comanche with 2 persons on board this afternoon. Their tweet said, “Our thoughts are with family and friends at this difficult time.” The aircraft was reported missing on April 14th, 2022 with John Fehr and pilot Brian Slingerland aboard. They were returning to Alberta from Delhi, Ontario where the plane was recently purchased. Poor weather and the terrain hampered search efforts, but the many aircraft and personnel made all efforts possible with all technology available to find the aircraft and missing men.

After ten days of intensive efforts, the search for two people onboard an aircraft that was reported missing on Thursday, April 14 during a flight between Delhi and Marathon, Ontario has been suspended.

The search will be turned over to the OPP as a missing persons case.

“On behalf of everyone involved in the search efforts, I would like to extend my thoughts and prayers to both families. It was with them in mind that we worked tirelessly, despite challenging weather and geographical conditions over the last several days with our search and rescue (SAR) partners to find any indication of the aircraft. All the information that we have gathered during the search will be passed on to the OPP.”, Captain Martin Zimmer, Search Master, 1 Canadian Air Division / Joint Rescue Coordination Centre Trenton 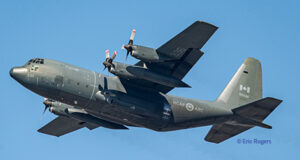