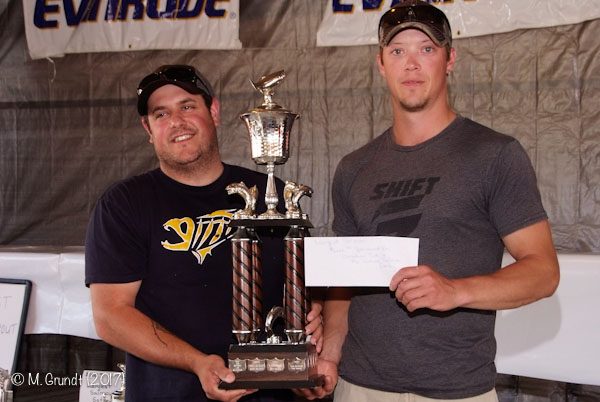 The Salmon Derby had reasonably good weather, with anglers only getting a little wet Friday, and a foggy Saturday evening. The fog lifted late Sunday morning to reveal a beautiful afternoon of fishing. There was a little concern at the end as one angler was very late in coming off the lake on Sunday. It turned out that he had a little engine trouble, and was just coming in at a slower speed, which made him so late.

Derby organizers were pleased with the turnout, and the amount of fish brought in. They made note of the fact that just over half of the registrants were not Wawa residents. The eagerly awaited Marina repairs will begin soon, and more slips are expected as part of the work that is scheduled. 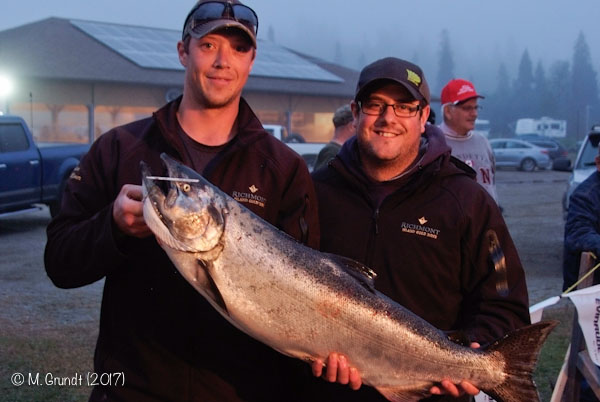 The Early Bird Registration Prize was won by Team 23, Gary May and Rob Lauricella.

The largest Salmon caught by a child 14 years or under, the Bill Young Memorial Award was won by Maya Rilley with a 20.10 lb fish.

Largest Salmon of the Day 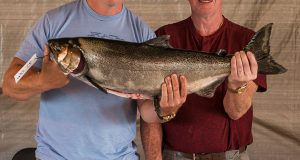 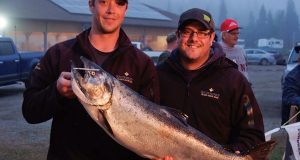 Saturday at the Derby 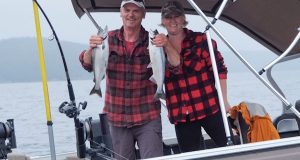 Friday at the Derby