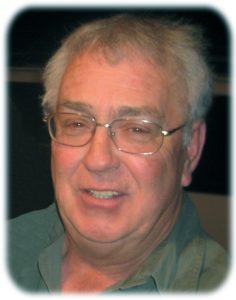 On Sunday, December 17th, 2017, surrounded by his family, Douglas George McKenzie passed away peacefully in his home on St. Joseph Island after a courageous battle with cancer.

Doug was born in 1945 to Andrew and Esther McKenzie in Toronto, Ontario. He lived a full life experiencing a wide variety of careers ranging from; beekeeping, milk delivery man, transport driver until he settled with his beautiful wife Linda and sons, Andrew and David in Wawa, Ontario in 1977. Together they ran the successful business of, “The Husky” which expanded into “Northern Lights Ford Dealership”. Doug was very passionate about nature and shared many wonderful memories with his family and friends in the great outdoors. Doug retired this past year and moved to St. Joseph Island from Wawa to enjoy the deer, the scenery, the birds and even the wild turkeys.

Doug will be greatly missed by his loving wife and best friend Linda of 52 years, his sons Andrew (Kelly) and David (Julie), his precious granddaughters, Alana and Ellie and his step-grandchildren, Brittany, Cameron and Malcolm. Doug will be remembered and missed by his sisters Janice (Gary) and Deborah (Frank), his brother, the late Kenneth (Alice), his special friends; Rick Dickson, Larry Tregonning, Paul Young and his nieces and nephews.

The McKenzie family would like to extend their heartfelt gratitude to the wonderful medical staff for their caring and respectful support that was offered to Doug during his battle with cancer, especially during the final weeks of his life. A Celebration of Doug’s Life will be held at St. Monica’s Church (Broadway Avenue, Wawa) on Thursday, December 21st, 2017 at 11:00 a.m. A social luncheon will be held at the Royal Canadian Legion Branch #429 following the celebration.

In lieu of flowers, memorial donations can be made to Sault Area Hospital Cancer Care Unit, Matthews Memorial Hospital (Richards Landing) or to the Lady Dunn Health Centre Oncology Unit.