Drilling highlights for the Minto Mine South Zone include: 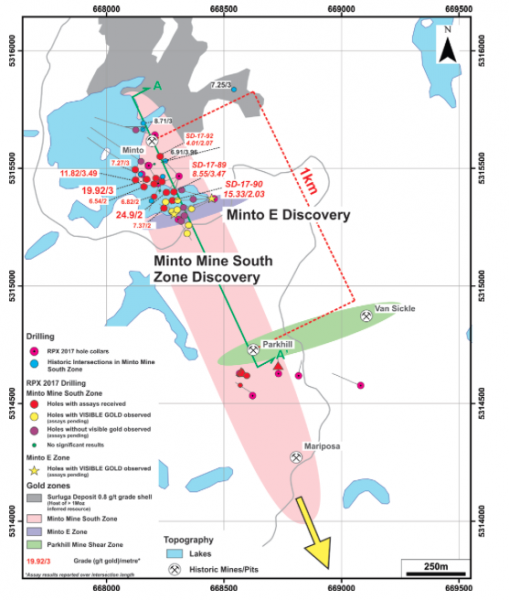 Figure 1. Highlights of the 2017 Drill Program in the Minto Mine Structure

**SD-17-86 had previously been reported over this interval. As part of the ongoing QA/QC procedures this intersection was re-assayed and the revised results are now presented.

Quentin Yarie, President and Chief Executive Officer of Red Pine stated, “The Minto Mine South Zone continues to produce high-grade gold intersections and remains open both along strike and at depth. The structure also remains predictable and enables us to efficiently follow its lateral and down-dip extension.”

SD-17-92 tested the Minto Mine South Zone down-dip of the former Minto Mine. SD-17-92 hit the intersection of the Minto Mine Structure and a new gold-bearing structure which was previously unknown.

Results for 12 boreholes in the Minto Mine South Zone are still pending. The zone remains open at depth and along strike (>1km) to the south. Ten (10) additional drill holes are currently planned to further define its strike length and depth. These will also aid in further defining the Minto E Zone which has produced several intersections with visible gold to date.

The Wawa Gold property package consists of over 5,500 hectares and hosts several former mines with a combined historic production of 120,000oz gold1. To date, the largest gold deposit on the property is the Surluga Deposit, which hosts a NI 43-101 Inferred Resource of 1,088,000 oz gold at an average grade of 1.71 g/t (using a 0.5 g/t cut-off) contained within 19.82 million tonnes2.

Red Pine has discovered many new zones of gold mineralization (Darwin-Grace, Minto Mine South Zone, Surluga North, Hornblende-William) that are anticipated to have a positive impact on the property’s gold inventory. All the mineralized zones are interpreted to form a coherent structural system hosted and spatially connected by the Wawa Gold Corridor.

The Company is well positioned to fund its share of the Wawa Gold Project exploration program following the completion of a brokered private placement for gross proceeds of $6,540,240 on February 24, 2017. As such, the sampling and drill programs are expected to continue throughout 2017 and will be followed by an update to the NI 43-101 resource estimate. 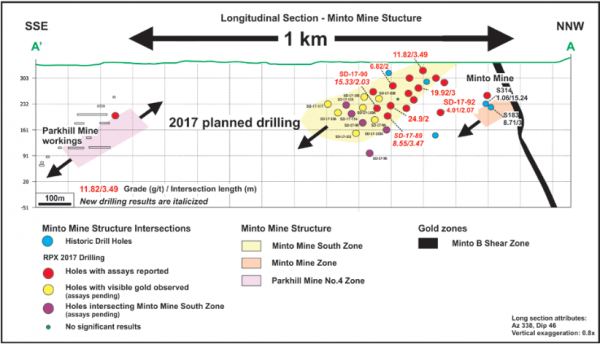 Figure 2. Longitudinal section showing drilling intersections in the Minto Mine Structure between the former Minto and Parkhill mines

2NI 43-101 inferred resource of 1,088,000 ounces of gold at a 1.71 grams per tonne (g/t) using a 0.40 g/t gold cut-off grade for pit-constrained and 2.50 g/t gold cut-off grade for underground-constrained resources, contained in 19.82 million tonnes open along strike and at depth. The Cut-off grades are based on a gold price of US$1,250 per once and a gold recovery of 95 percent (Mineral Resource Statement, Surluga-Jubilee Gold Deposit, Wawa Gold Project, Ontario, SRK Consulting (Canada) Inc (effective May 26, 2015)).