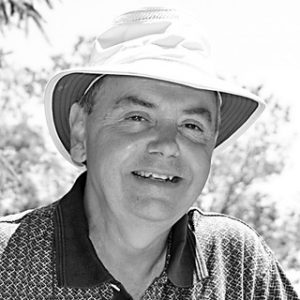 The family regretfully announces that Randy passed away at Meaford Hospital on Monday, July 1, 2013 at the age of 66. Randy is remembered as the beloved husband of Gisèle (née Leclerc) Roussain and as a much- loved father by their children Marie (James) Leduc of Woodstock; Christopher (Dina) Roussain of Burlington; Anne Roussain (Dave McInnes) of Whitehorse; and James Roussain of Toronto. He will be sadly missed by his four grandchildren Patrick, Charlotte, Ruby and Jack. He is survived by his father, John Roussain of Wawa and was predeceased by his mother, Elaine (née Irvine) Roussain. Randy was the dear brother of Arla (Ross) Singleton of Thunder Bay; Patti (Fred) Gladding of Paris, Ontario; and David (Kerri) Roussain of Boca Raton, Florida. He will be fondly remembered by his mother-in-law Marie-Marthe (late Yvon) Leclerc, and by his sisters-in-law Louise (Jerry) Drolet and Marie-Paule Leclerc. He is also remembered by his several nieces, nephews, and their families.

Randy enjoyed a life-long and successful career in Northern Ontario working in mining and geological exploration. Born in Geraldton, Ontario, Randy was raised in Wawa where he met Gisèle, his wife of 45 years. After raising their family in Timmins, Randy and Gisèle moved to Meaford in 2001 where they have since enjoyed hosting many raucous family gatherings. In addition to his family, Randy maintained a love of music, a natural curiosity in the pursuit of gold, and an appreciation for nature, especially that of Northern Ontario and Lake Superior.

Cremation has taken place and a private service of interment will be conducted at Lakeview Cemetery, Meaford. Friends and colleagues are invited to join the family for a drop-in memorial reception in the North Gallery of the Meaford Hall Arts & Cultural Centre, 12 Nelson Street East, Meaford, Ontario, on August 3, 2013 from 1 pm to 4 pm. Feel free to contact [email protected] for additional details or to offer a message of condolence.

If so desired and as your expression of sympathy, donations to the Canadian Cancer Society would be appreciated and may be made through the FERGUSON FUNERAL HOME  , 48 Boucher St. E., Meaford, ON N4L 1B9 (519-538-1320) to whom arrangements have been entrusted. 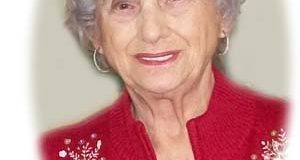