On April 12th, 2010, the Superior East OPP, OPP Underwater Search and Recovery Unit, OPP helicopter, and 2 MNR boats returned to the scene on Manitowik Lake to continue the search for 46-year-old, Daniel Boissoneau of Hawk Junction who went missing on December 10th, 2009 while driving a snowmobile on Manitowik Lake.

Mr. Boissoneau was found at 2:00 p.m. on April 12th. A post mortem has been scheduled for April 13th in Sault Ste Marie. 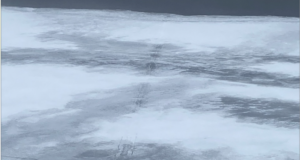