Well in case you haven’t heard ; a suggestion is being floated around by an elected official on the return of action in Junior hockey in Ontario. Lisa MacLeod, Ontario’s Minister for Heritage, Sport, Tourism, and Culture Industries has suggested, to keep the spread of C19 as minimal as possible, the league and government may want to entertain the game being played without physical contact. ?? WHAT !! That’s like Cheers be set in a venue other than a BAR !!

Does she understand that that is one of the most important things about the game ? It’s like paying hookers with a cheque (Jeff Ross re: Mayor of Cincinnati -Jerry Springer), it’s the dumbest thing you could do.

I understand she is in a position of power, but before you throw ideas like that around, you have to think before you speak. If this were to come to fruition, we might as well just cancel the season because of the ripple affects that would have to accompany it.

Let me explain. If that would happen, you would definitely have 2 space out the kids on the bench so they would not sit beside each other. What would you do ? The benches can’t get any longer unless you knock down some walls. I guess you could build a set of bleachers behind the bench and that might give the kids their social distancing. Coach Dean could sit up in the stands with a megaphone and bark out his orders. Plausible ? NOT !

The next thing you would have to do is rent hotel rooms all year round for the kids. Why ? Well if they were to stay with billets like they do every year, they would come in contact with at the very least 2 people who come in contact with people every day. If you do some general math, that would be about 80 people spreading common germs including the billets from their co workers. The possibilities are endless about someone contracting C19.

I know I am being facetious, but come on people, common sense needs to start to prevail. Life in other parts of the world is getting back to normal and for some reason we are lagging. Airplanes are being filled to capacity on routes around the world and people are sitting side by side once again, and all they have between them is …. once again, these cloth masks (which experts like Dr Judy Mikovitz say is the very worst thing you can do…..many doctors around the world agree with her. You also have sports like MMA and boxing where guys and girls are literally inches from each other and breathing and expelling each others breath and sweat. What about two couples meeting for dinner at a local restaurant, and while seated at the same table, their masks are removed.

I could go on and on and on about how this C19 show has destroyed the economy, employment, small businesses etc. I have been against this from the very beginning and the word is finally starting to come out.

Recently, the Toronto Sun reported, what I have known for months from my own reading of alternative media from around the world. This is the case everywhere : On October 6, it was reported and I quote “Ontario death count includes people that didn’t die of Covid 19 but exactly how many is unknown” Go check it out for yourselves. We also have the false positives being reported now and the list of this disgusting fiasco goes on and on and on.

As I said in the very beginning ; Sweden has handled this PLANDEMIC the most efficiently of any country on earth. They didn’t lock down, and their economy is not is shambles and their people are grateful.

I will leave you with this.

If I want to watch figure skating, I can guarantee you they won’t be in a Soo Greyhounds uniform. 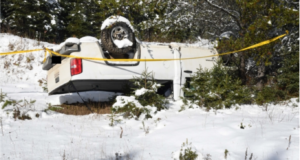 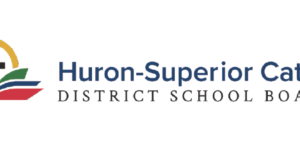 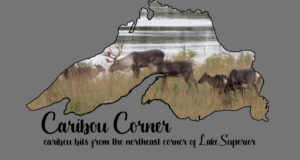