If you were wondering ; the Ring of Fire and Sault Ste. Marie’s chosen location regarding the proposed ferrochrome plant have not been blindsided by the Pandemic. (Although), it’s been a difficult time for sure (as) most of the work we do is with governments and First Nations, and for the last few months governments have been focusing on other things and the First Nations have been in lock-downs, but recently we are getting outreach from both groups.

The First Nations are saying, we should be thinking about  how we can work to together moving  forward, and it’s time to get some activities going again. On the other hand, the governments are saying the same thing ; what are some of the opportunities coming out of Covid.

It’s very pleasing to hear, and one of the things that is really getting some traction is the road permitting and getting the road into the Ring Of Fire. That’s advancing and all the legs of roads have First Nation permitting and funding in place.

To put things in perspective, Mr Coutts’s said that things are coming into place so well that Noront prepared to start the permitting process on its’ mine.

In addition there is great news regarding that process and environmental due diligence on the proposed roads which are on First Nations traditional land. According to the Noront CEO, originally the Province wanted us to do the permitting, not only on the mine, but the road network. Over the last couple of years the First Nations wanted to provide a lot of input into how the Environmental Assessments for those sections of roads that went over their traditional lands were carried out. We said ; that’s a great idea and they can use their traditional knowledge and it’s been going very well.

In addition, we have just moved some crews back into the area (mine), to get some exploration work done and usually about two thirds of the crews are First Nations people and they have been out of work and they were keen to get back to work and we were keen to have them. We have just moved crews back into the Esker Site, obviously exploring not for just nickel, but for gold. As you know gold is red hot right now, it’s hovering around $2000 an ounce and we thought why not, let’s take advantage of this time and see what kind of gold discoveries we can make.

On a Sault Ste Marie note, the Preliminary Environmental Assessment has slowed down a bit, but Mr Coutt’s says they are still continuing to do doing some work on it but it will around the Fall when he anticipates really focusing again on it.

It sounds like things are on a positive note and Allan maintains  contact with Sault Ste. Marie officials, Ross Romano, Christian Provenzano, Terry Sheehan, but most of all Dan Hollingsworth of the Economic Development Corporation.

The Noront CEO says it’s fair to say that it doesn’t look like the project will be delayed and when things are opened up a bit more, the Noront group plans to come up to the Soo to do some outreach, and speak with some of the government agencies and renew some acquaintances.

So to some things up it’s.. It’s Business As Usual and the pandemic has not hampered any timelines in regards to the proposed ferrochrome plant in Sault Ste. Marie. 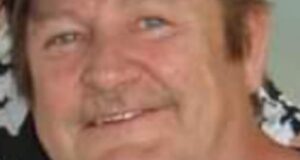 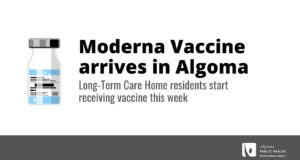