in court… the Hague  to be precise!  😲😲…nah, I am obviously kidding, but it’s a funny story I have to tell you. It was Me…..little, ol Me, that informed Vandenbergs legendary founder and guitarist Adrian, about some information regarding his own bands world tour that he didn’t know or was aware of.

The ship with the Flying Dutchman and crew will be setting sail this coming November on their World Wide Pants Tour starting in the UK on November 28th to support their chart topping, 4th studio album 2020

I am sure at this point the Letterman fans out there will get the reference. If, on the other hand you preferred the “weird, that’s weird Ed” guy; the late Johnny Carson, you may not, so I will fill you in.

David Letterman has/had a company called Worldwide Pants Incorporated and you would see it and it’s logo at the end of every Late Show episode….which also featured fellow Canadian Paul Shaffer as a cast-member in the worlds most dangerous band.

What does all this have to do with the chart topping Vandenberg 2020 album ? Not a damn thing 🙄, just an “observation” as George Constanza would say.

Anyway, let’s get things started. I have to confess that I almost blew this interview chance.  I had been allotted 30-35 minutes via conference call with Adrian. I punched in the code and waited and waited and waited and was really getting annoyed with the elevator music. It was 10 past 1o am Eastern time and still I was still twiddling my thumbs and thinking I was getting stood up… adding to my frustrations, Canadian tennis ace, Eugenie Bouchard hasn’t been returning my calls and now this? Yeah, Yeah, Yeah, quit laughing, she dated that guy from a Twitter before. So there!!😜.

Well, at this point, I had no other choice but to redial and punch in… the CORRECT code;  and thus I was linked with my patient counterpart. “Hey Ernest, it’s Adrian” he said; and after apologizing for my tardiness,  I was comforted with “no problem man, it’s our little secret” (laughter). Yes, this is the down to earth guy that he portrays in real life .

A little background for the casual readers; Adrian Vandenberg is a world class guitarist and songwriter and was a member of Whitesnake for 13 years. His claim to fame to the casual radio listener is the attention grabbing solo in Here I Go Again.

Before the Whitesnake era, he founded his own band Vandenberg in 1981, and released 3 albums (Vandenberg, Alibi, and Heading for a Storm). After leaving Whitesnake, Adrian went on to subsequently form  Vandenbergs Moonkings, releasing three studio albums.

Well, sometime in the recent years, the itch returned to get back to his harder hitting Vandenberg sound, and the chance to tour the world again.

I asked Adrian if he ever considered or spoke with former band mate and very good friend David Coverdale about singing on the 2020 version of Vandenberg. The reason behind me asking is that the singer he eventually hired, Ronnie Romero (Rainbow) is a dead ringer. If Ronnie sang any Whitesnake tune at a karaoke event, he would be booed off the stage for lip syncing ; the similarity is that obvious.

I told Adje that Let It Rain is my favorite cut off of the album and I was curious about the lyrics and whether he wrote it from a single personal experience.

Listening to this album, the sound is very 80’s in it’s crisp Les Paul and Marshall stack approach; very similar to the Whitesnake sound of that era. Having said that, the album obviously has a very unique and distinct Vandenberg sound, especially with the solos and songwriting. I did though, have to ask if some of the riffs were taken from demos from his library.

I asked Adrian if he was worried about the days of playing intimate 800-ish seat venues were over as per social distancing. “No, I am not. The terraces and cafes here in Holland have recently opened up again, and I know that this is a serious issue of course, but with people being responsible, I think it’s only a matter of time before things get back to normal in regards to playing venues because people need their music.”

Since, I’d asked Adrian during a previous interview about his favorite Canadian guitarist/entertainer etc (Alex Lifeson/Bryan Adams), I couldn’t do the same this time ; so with the WWP tour going to hit North America in 2021, I asked him if he was excited on returning to Canada to play again.

I posed a question that I am sure he doesn’t get asked by strangers very often… let alone strangers on the other side of the world during a phone interview about his new album. What did you do last night?

When was the last time you were recognized as a world famous guitar player? …outside of an obvious musical setting such as a festival or studio, etc.

if you were curious about what books Adrian is reading right now and if he is an avid reader ; click below for another complex and diverse 🤣 really well thought out question.

Enough of the tough questions as it’s time to wrap things up. I have to say that the Flying Dutchman is going to keep soaring and sailing and aside from his obvious musical and artistic talents, he’s also a barista, and one hell of a funny and down to earth guy. All you have to do is check out his Facebook posts and you’ll see why. I didn’t know anyone had such a twisted sense of humor as I do.

That explains how I come up with my funny FB posts ; I steal them from Adje.

**I do feel as though I have’t highlighted Vandenbergs other band mates enough and I will do so in future articles prior to them hitting the stage here in Canada in the not to distant future. **

Rounding out we have: Randy Van Der Elsen (bass), Koen Herfst (drums) and Ronnie Romero (vocals). Anyway, I am starting to ramble. Grab your copy of  2020… ride out the storm… and scan the horizon… because Vandenberg are on their way! 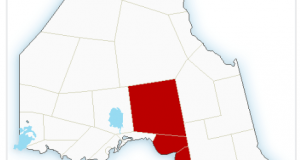 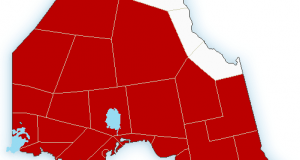