A Look at The Greyhounds Upcoming Season

This year, there has been a change of background scenery as I will be writing my weekly column on events regarding your Soo Greyhounds for Brenda and Wawa News, and all the fans up in the North.
I am very excited for this as I know many fans of the Hounds make trips to the Soo for games or listen to them on the radio or on the net.
Anyway, my pieces will consist of fact, speculation, opinion, and not necessarily in that order.
About this year; yes we are very early, but the prep work, scouting, and off ice business decisions have been in full swing since the last whistle of the 2018/2019 campaign.
Starting off, I think the Hounds most important off ice venture this summer has been filling the crease with OHL capable goalies at training camp. With Ethan Taylor returning as a 2nd year tender with only a handful of games under his belt, it is imperative that management brings in a seasoned goalie at the junior or international level to calm some nerves.
Aside from bringing in overage goalie Christian Propp from North Bay, they have had their eyes glued on securing  Czech Republic netminder Nick Malik. Although, Nick has not committed to be at the training camp, my gut assures me that Kyle is working on the details, paperwork, and necessary legalities, and at the same time assuring the Malik family that this is Nicks best way forward (to the NHL) as the Soo Greyhounds organization have been dominant in producing star pros for decades, such as Wayne Gretzky, Joe Thornton, Jeff Carter, Matt Murray and many more.
My personal hunch a few weeks ago was that Nick would be in North America by the home opener but now I am not so sure.
Recently, I have found out that Nick is being”loaned” to HC Frydek Mistek of the Czech 2 League; this is a men’s league similar to what Rasmus Sandin played in briefly before being lured to the Hounds by Kyle Raftis last season.
I expect that if Malik wants to play in the NHL his agent, family and hockey gurus will tell him to run to the OHL. The average age of his teamates on HC would be in there mid 20’s. This is how good this kid is. I think it’s just a matter of time before Raftis makes the announcement. These things take time.

With the goaltending eventually getting a makeover, the Greyhounds on the backend will need an upgrade as they are not too deep as of yet. They do have a few studs behind the blueline with the best all-around Greyhound last year (in coaching comments) Jacob LeGuerrier, and sophomore beast Ryan O’Rourke.

The Hounds have also picked up some size by acquiring 185cm (6ft/1 inch) defenceman Jacob Holmes during the draft and all indications are that he likes to rush the play and makes good outlet passes similar to a Mac Hallowell. The Hounds have also signed 6ft defenceman Matthew Halushak after a very impressive training camp.
Moving forward and dissecting later; I feel with Dean, Smith, and Tardiff at the helm, the young remaining talent in front of the net will once again exceed expectations.
Up front is also going to need some construction, but the boys are strong with import Jaromir Pytlik who will once again be a man among boys and will triple his offensive output from last year. Aside from Jaromir, I feel Alex Johnston will keep stepping up, and the rest of the boys including Zack Trott will have career seasons. Jaden Peca who was acquired last year for his leadership skills will also help produce some points. Another overage joins the club up front with CJ Clarke who split time between Mississauga and Flint last year.

I think offence will be a work in progress but the Hounds of 2019 will be fine with a few minor additions during the season and at the trade deadline.

And just so you know, Christmas isn’t the only time bonuses are handed out; there is a really really really good chance Barrett Hayton returns to the Hounds this year. I don’t believe he is seasoned enough and I really don’t think the Coyotes want to stunt his growth and confidence by him playing only a few shifts a game against men with years of NHL experience under their belts. When (in my opinion) Barrett is returned, he will be good trade bait at the deadline and we will acquire some puzzle pieces for a good run next season when Dean and company have groomed the pups of the last couple of years.
The word on the street is that Barrett MUST be returned to the Hounds if he doesn’t make the Coyotes roster for the 2019 season. I think the chances of Barrett to boost us up front are excellent and the only problem I have is that we will likely have to wait until sometime in November before he is sent back. Boys that are drafted as high as Barrett was wined and dined as long as they can legally get away with it.
Wrapping things up; I think the Hounds will compete a bit below last years figures but every game will be entertaining and we should end up in the leagues upper middle pack.
Dog Bytes…..
Matthew Villalta can still possibly be returned as he still has Overage eligibility it all depends on how well he plays and how deep the Kings (LA) goalie situation is in their system.**
Former Hound and likeable kid, Joe Raaymakers has enrolled at St Francis Xavier University on the East Coast and is also attending the Florida Panthers rookie camp this month so…… his future is still up in the air.**
Bark Bark !! 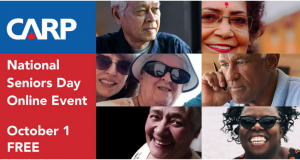