I’ll bet many of you do; he was a Canadian pop idol in the mid-’80s with A Criminal Mind and my personal favourite Moonlight Desires. Well, a few of you might have thought he stopped making music and retired into the forest to rest on his laurels…………..but that’s not the case.
Lawrence Gowan has been the lead singer for about the last 20 years for one of the most recognizable and talented bands in rock history……….Styx. Yes, it was around 1999 when Mr Gowan was tapped on the shoulder to replace original singer Dennis DeYoung.
Styx have dozens of hit songs including Crystal Ball, Mr.Roboto, Too Much Time on my Hands, and my personal favourite, Don’t Let it End. During live performances, Gowan’s A Criminal Mind is often put in the set list.
I recently spoke with Lawrence to promote the Styx show approaching rapidly in Traverse City during the Cherry Festival on June 30.
During the setlist, he tells me that they will be playing a mixture of mostly older classics with a few tunes from their last studio album The Mission.
Die-hard fans will be happy to know that Mr Roboto will be inserted into the setlist after many years of absence for primarily political reasons in my opinion. I decided not to put Lawrence on the spot as those kinds of things can be testy and uncomfortable. The bottom line is we’ll get to here “Domo Arigato, Mr Roboto…” once again. !!!
Moving around a bit; as most of my readers know, I don’t have a particular structured style, I will move on to some cliche and non-cliche questions followed by Mr Gowans reply…..so here goes.
Before joining Styx almost twenty-one years ago, what would be one of your favourite songs, and on the same topic what is one of your favourite songs to play currently?
“I mean Crystal Ball is a great choice and a tremendous song and now I think my favourite song to play on stage is Renegade…it’s just does something for me….and the Pittsburgh Steelers adopted it and when we play anywhere around the world it is usually at the end of the set and when we play that song, the emotional arc of the audience is at an ecstatic point….and Tommy (Shaw) sings on that one and I get to really enjoy it whether we are in Japan or the US or Canada for that matter.” https://www.youtube.com/watch?v=9b-i0XknSnM
So you are going to play at the Cherry Festival in Traverse City; have you played there before?
“yes, Ernest we have……I don’t remember if it was five years ago or ten (laughter) but we have certainly played there, and I have to admit the Michigan audiences are really lively and wild (laughter). We are really looking forward to it.”
Regarding the latest album, is there a song that stands out and you have a special connection with?
“Actually, there is, it’s a song called Khedive which is close to me because it was a ship in the Royal Navy that my father was on during the Second World War, it’s a really beautiful instrumental and is close to my heart, it is a piano piece and leads beautifully into Come Sail Away”(Lawrence is known by many as a Canadian but was actually born in Scotland….hence the Royal Navy)
Tommy Shaw has been a mainstay in the band; what’s it like working with him, I have a friend who is gaga over him; let’s just call her Allison B. for the sake of anonymity.

(laughter),” yeah Tommy is a not only a great singer and musician but he is a super leader, I can’t say enough about Tommy, He’s actually one of the most accomplished frontmen I’ve worked with and the devotion he brings every night is second to none”
I wasn’t sure, so being a Canadian writer and the Canadian connection with the former “Gowan” if Lawrence has played either the Michigan Soo or our own Canadian Soo.
“Yes we played the Kewadin Casino, I believe in 2008 and funny enough, one of my first gigs in Northern Ontario back in the day was at a place called the Empire Hotel”
What vehicle are you currently driving?
“I mainly drive my old SAAB which I am always repairing (laughter) and I drive my Landrover when needed.”
Are you living full time in the States these days?
“Well, I do have a house in the US but I still maintain a home in the Toronto area”
Well, we are about done as Lawrence has a few more people to talk to so, I would just like to urge all Michiganders and Canucks from Wawa to the Soo to check out the show next week on June 30 in Traverse City, Michigan at the Bay Side Music Stage at 6 p.m.
Aside from a great show, you can help out with Styx’s Rock to the Rescue which is a non-profit charitable organization started by Tommy Shaws daughter Hannah, where the band helps out local organizations in the cities they play whose mission “is to build healthy and strong local communities.” To learn more, click here http://rocktotherescue.net/about/
I’ll see you at the show !
Ernest Skinner 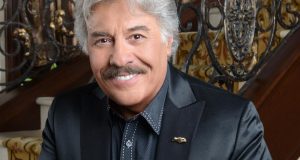 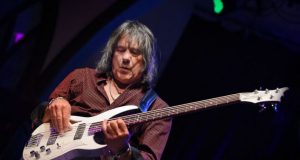